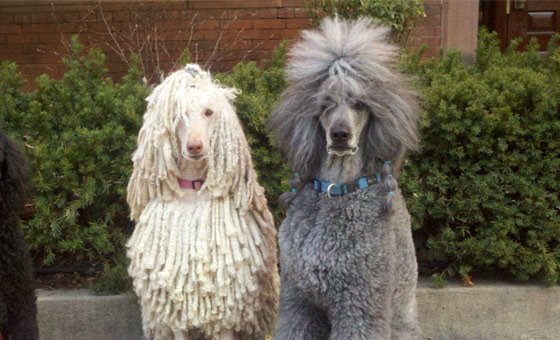 Confused over Channel Nine’s promos about “two new housemates” entering the house so soon after the season started? It turns out these new housemates will be house pets.

We’ve received a tip that two poodles will be joining the human housemates during either Monday or Tuesday night’s show.

Not any other details just yet but we know one is male and one is female.

In a Q and A we did with Big Brother executive producer Alex Mavroidakis last week, he stressed that he is a dog person:

(The poodles pictured above aren’t the ones going into the house, but aren’t they cute? Like this article if you agree!)

7 Replies to “Two poodles are entering the house this week”