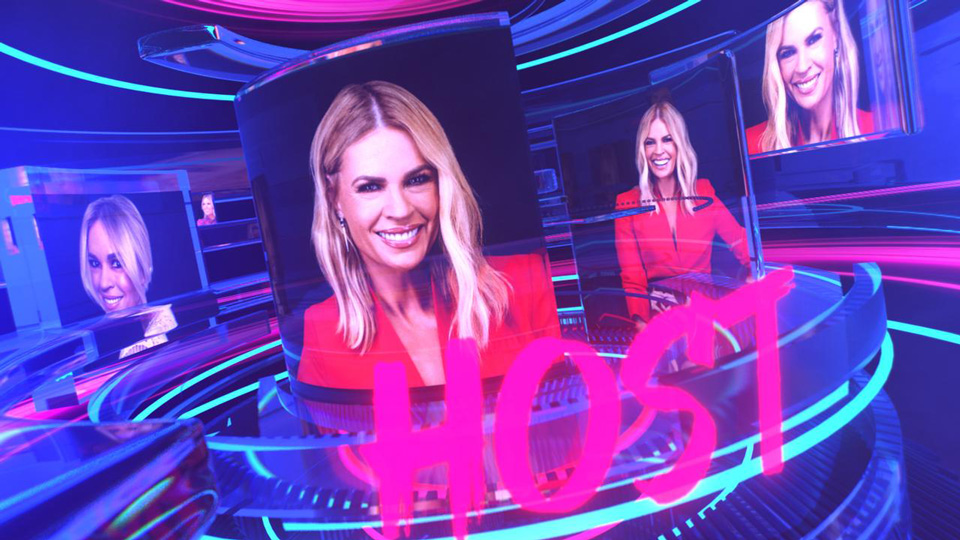 Update: We’ve received a confirmation – of sorts – that Big Brother Australia will start filming in March. And of all places we found out through Grindr:

Previously: Revealed this evening in a television promo, Sonia Kruger will host 7’s Big Brother reboot. It appears not everything has changed after all.

Late last year it was reported that Sonia Kruger would host Mega Mini Golf. According to a Channel Seven spokesperson via TV Tonight, this can no longer happen due to a scheduling clash with Big Brother. Mega Mini Golf is expected to be filmed next month (March 2020) according to an earlier casting call for the show:

Applicants need to be available for filming in March 2020, be able to fly to the USA (all expenses paid) and be passionate about golf!

Which leaves the question… will Big Brother Australia filming be under way in March?

This doesn’t answer when Big Brother will actually air. All we know is that Big Brother is expected to air “pre-Olympics” (TV Tonight).

How long will the producers need to create fake and misleading story lines that don’t truly represent the real happenings in the Big Brother house?

But other than a new eye logo, we didn’t get that much information. So what is this revolution all about?

In the African version, the revolution was that housemates could openly talk about nominations. They had to be strategic with this power. However, the public still had the power to evict.

In Gran Hermano, 100 potential housemates entered the house. The next day, they were cut down to 20 final housemates by producers and a public vote.

Both ‘revolution’ seasons had a collection of other twists, most of which have already happened in Australia. Notably, in Gran Hermano Revolution, the public were given the power to put an evicted housemate back in the house.

No confirmation that the show won’t be pre-recorded

Channel 7 didn’t confirm or deny rumours that the show will be pre-recorded months in advance.

A graphic shown to the audience hinted that the show will be broadcast in August after the Olympics (at a 7:30 time slot). However, we know producers are hiring staff to film from January to April 2020.

This means it’s likely the show will be pre-recorded well in advance. China has been the only other Big Brother to do this.

There was also no announcement of a host, which could hint that the pre-recorded format is happening.

Chat about all the pre-season goss on our discussion forums.

Scary Big Brother predictions have popped up on the eve of Channel 7’s up fronts.

Television blog TV Blackbox are claiming that Big Brother 2020 will be filmed months in advance. The winner would leave the house before the first episode is broadcast.

The rumoured schedule is to film the house in April, but not air episodes until August, after Channel 7’s Olympics coverage.

This would make Australia’s version the only Big Brother in the world, apart from China, that is pre-recorded more than a few days.

China’s Big Brother failed miserably and only lasted one season.

Instead of public voting, housemates would vote each other out Survivor-style.

Housemate voting is the format used on Big Brother USA. However, even that version is “live” and has internet feeds.

Bizarrely, there are also claims BB will have no host, because Channel 7 want to cut down on costs. It’s unclear if evicted housemates would be interviewed at all, or whether they would only appear in a reality TV style cutaway.

Commonly when shows are prerecorded so far in advance, multiple endings or winners are filmed. The true winner is only known when the final episode airs.

Channel 7’s up fronts are happening on the evening of Wednesday 23 October, where more details may be released.

Check out the other rumours surrounding Big Brother 2020.

We don’t yet have a house, or a TV channel, but housemate applications are open and rumours are swirling.

What channel will it be on?

At this point it can only be Channel 7, but they haven’t confirmed yet. Nine and Ten have already shown their 2020 ‘up front’ previews, which didn’t include BB, so they’re out of the running.

TV Tonight reports that Channel Nine had the rights to Big Brother Australia this whole time. Which means they’ve purposely chosen not to air the show for five years! They’ve also been holding out until the very last minute (this week) to release the rights, to make sure Channel 7 couldn’t announce any earlier.

The Behind Big Brother team spoke to some Channel 7 contacts who abruptly said “we’re not allowed to talk about this”. Seven’s up fronts are happening on October 23, when we’ll know for sure.

When will it launch?

We’ve heard both February or April as possible times for a launch. Either way, the show will need to work around the Tokyo Olympics.

There’s theories that Channel 7 will try and put Big Brother on to compete with Married at First Sight, which means a February launch. That’s going to be a pretty tough ask – the last season of BBAU in 2014 was pulling in fewer viewers than MAFS does now.

How long will it run for?

TV Blackbox strangely announced that Big Brother 2020 will only run for 20 episodes. We find this hard to believe.

A 20 episode season would mean no daily shows, and probably a move to the BB USA format: housemates vote each other out like Survivor, and most episodes are like the old Friday Night Games shows. But even BBUSA has more than 20 episodes each season.

However, 20 episodes is the perfect amount for a Celebrity Big Brother or All Stars season. Channel 7 may put a mini celebrity season on first, then a full civilian Big Brother later in the year.

Where will the house be?

Likely at Channel 7’s studios in Sydney. This means the house will be built on a sound stage and may look like the BB USA house. Think more warehouse with high ceilings than the Big Brother house you’re used to. Here’s what the USA house looks like:

There’s even been theories that an empty Masters Warehouse could be converted into a Big Brother sound stage.

Rebuilding the house at the same location as older seasons is very unlikely. Dreamworld no longer own the land that the burnt down rubble sits on.

What about housemate auditions?

People are already claiming they’ve been shortlisted for the season:

Who’s going to be working on the show?

Gretel Killeen and Chrissie Swan (runner up from the 2003 season) have both said they’re interested in hosting.

For the production geeks, Amelia Fisk is the pick as Executive Producer. Amelia has worked on Australian Next Top Model, Survivor, Ninja Warrior and heaps more of Endemol’s brands.

Amelia has also worked on Big Brother before. She was a Task Producer back in Channel 10 days: While excitement grows for Big Brother Australia 2020, Channel Nine have quietly scrubbed their social media accounts of the show.

In the past week the official @BBAU9 account changed to the generic “Channel Nine Reality”. The official Facebook page also disappeared.

This means an announcement from Channel 7 could be imminent. Seven are due to screen their ‘up fronts’ on October 23. Up fronts are when the networks preview their 2020 shows.

Even though housemate applications are open, no TV channel has confirmed they’ll broadcast Big Brother 2020 – which is obviously not how things usually play out.

We understand Channel Nine have the contractual “right to refuse” the show, meaning they have first dibs on any new Big Brother seasons. Nine could be holding out until the last minute to decline the show, which is why we haven’t heard from Channel 7 yet.

But this latest move from Channel 9 is promising that they’re preparing to pass the Big Brother torch to a new network.

While we wait for Big Brother 2020 to kick off, join other fans in our discussion forums.

The Seven Network is bringing back Big Brother to Australian TV screens in 2020, says the editor of TV BlackBox. This follows not long after a television columnist tweeted about fresh Big Brother rumours.

This is not the first time Seven that have looked at Big Brother for inspiration. Last year, Seven shelved plans to produce The Rich House, their own in-house reality show that was understood to be inspired by Big Brother 2013’s half-way house (rich vs poor) twist.

The Seven Network is restructuring under a new CEO appointed in August. The network now wants to target a younger demographic (Mumbrella). Sunday Night, the network’s weekly public affairs show, will wrap up at the end of the year. TV Blackbox speculates that Big Brother evictions may occupy its time slot.

Officially speaking, neither Seven or any other network has confirmed their involvement with the Big Brother reboot. It was only last week that Channel 10’s social media team reissued a Big Brother 10K retweet challenge when a well-known Big Brother identity appeared on The Masked Singer. However, all three commercial broadcasters will announce their 2020 programming line-ups later this month. Network 10 will be up first on October 10, followed a week later by the Nine Network on October 16. The Seven Network’s own upfronts will follow on October 23 (TV Tonight).

With the original Big Brother house at Dreamworld bulldozed, the reboot will now have to find a new production location. Auditions have commenced, apply online below:

Discuss this news with Big Brother fans in our forums.