Final figures are in for the season, how did Big Brother stack up in the ratings game? 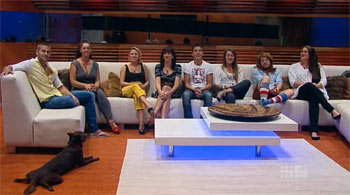 In the past week most news outlets have been declaring Big Brother 2012 a relative success, while The Australian took a different approach saying “Big Brother stumbles in ratings“.

Viewing figures for Big Brother stayed fairly stable throughout the season, with a grand average of 1.02m per episode.

However the the season did suffer from huge audience erosion, particularly in the later weeks. Here’s how the erosion played out:

TV Tonight reports Big Brother performed solidly in advertising friendly demographics but when compared to other reality TV forms was somewhat lacklustre. The figures pulled in for the Big Brother finale are typical of a weekly edition of the X-Factor.

Regardless it seems Channel Nine are happy with the performance of the season given the show was extended from it’s original end date (albeit by half a week).

Despite reports that Big Brother appeared on Channel Nine’s 2013 media buyer show reel, it has yet to appear on any public-facing advertisements. Big Brother’s vague “will get back to you” message at the conclusion of the finale has left an ominous feeling over the survival of the series.