Priya has wanted to appear on television all her life and entering the Big Brother house was a dream come true, according to her husband.

In a discussion on our forums, Priya’s hubby Bhushan spilled the beans on Priya’s upbringing and her desire to be on television. 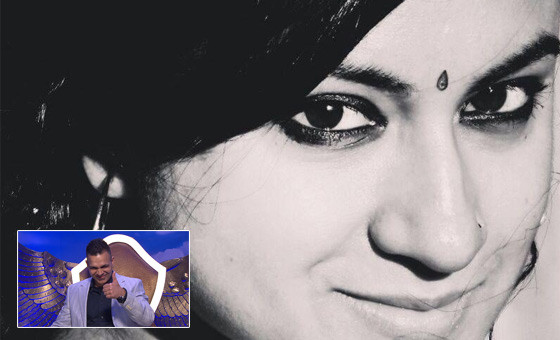 As a kid it was her childhood dream to be on TV. She always wanted to venture in that direction, but it was tough when she was growing up. So I’m letting her follow her dreams.
Nervous? Hell no. She was extremely excited that she had this opportunity to make her dream come true.

She wanted this all her life and I’m so proud of her that she is on it and doing really really well.

Bhushan also reveals Priya was a naughty child but excelled at school where she was an excellent public speaker, award winning debater and all around teachers pet. That love for school continued and drove her to become a teacher. He adds that teaching comes easy for her and her students love her. 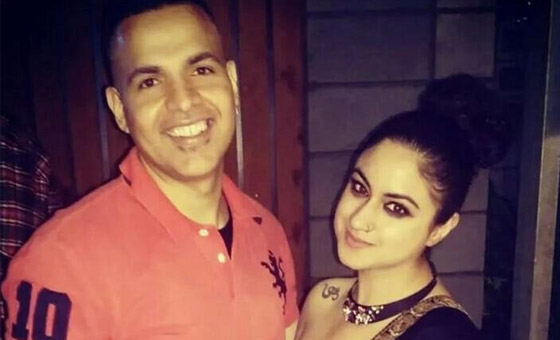 But the most important part of Priya’s personality according to Bhushan is her compassion:

She has this side of compassion for others which comes so naturally, and it evolved as she grew. For example she would help kids in school who were weak in studies, helping girls who were not good looking and low in self esteem. Volunteer after school to help those students who had learning disability.

So [standing] behind Gemma (during the first eviction) is a compassionate Priya. She would do it again and again. 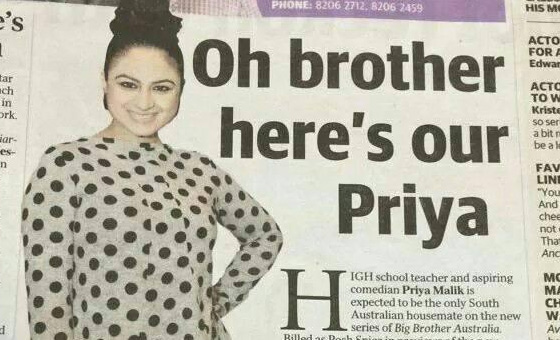 As for Priya’s outside interests, her stand up career started around six months ago after a suggestion from one of her students. “She was cracking some jokes in one of her class and one of the students said to her “miss you are so funny I’ll pay to watch you” and that’s how it all started. I’m kinda surprised that we don’t get to see much. But if it’s controversial they won’t air it.” Bhushan says.

And what about Bhushan’s life while Priya is in the house? He admits all of his free time right now goes to supporting Priya and ensuring she is saved each week:

Here is my life in a nutshell…

Work
Earn
Save Priya
Fly to Gold coast, fly back from gold coast the days I’m not at work.
The free time I get between all this goes to watching BB, social media and little sleep.

Repeat above every week.

She made us proud, gotta make her proud.