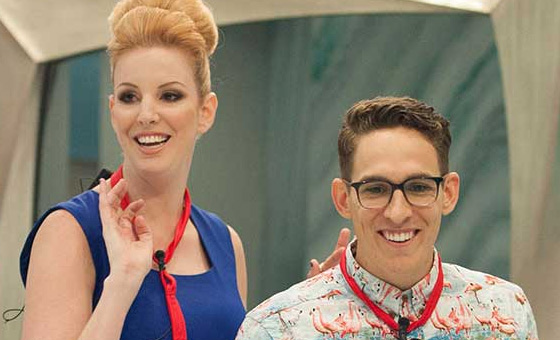 Bookies have picked either Gemma or Jake to be the first housemate to be booted from the Bee-Bee House. Revised odds released today by Sportsbet show they are favourite to receive the least number of save votes, but it’s a close race with David and Sandra.

At the time of publishing this article, the odds for eviction 1 were… (a lower number means more likely to happen)

Based on the fact housemates will have the final say on who is evicted, our pick is Gemma to go. But David is still a strong contender.

Right now no other betting agencies have released figures and are waiting for confirmation on how the evictions will work. Previous odds assumed housemates would be evicted in pairs but after Big Brother scrapped that idea the odds had to be changed.

In the overall winner odds there’s a somewhat surprising pick for the 2014 house champion. In early odds Sportsbet say Skye is currently most likely to win the season, although Jason’s odds are close as well:

The winner odds are interesting because it’s rare for a female to win Big Brother Australia. Typically the young male housemates are picked as the favourites of the season (which would explain why Ryan and Dion are coming 3rd and 4th). Most female housemates are in the bottom half of the winner list and bookies have decided the Big Brother audience does not like Priya at all.

It’s still early days though and these figures could change drastically throughout the season due to how ‘vote to save’ works.