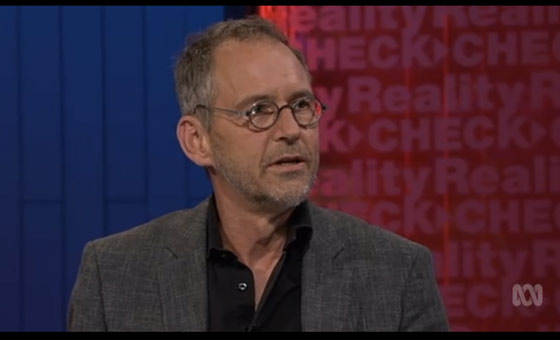 Think the editing of Big Brother 2014 is a little wonky? Spare a thought for the original Big Brother who copped the blame for housemates who behaved badly.

This week Peter Abbott, the first ever Executive Producer of the show (from 2001 – 2003), appeared on the ABC’s Reality Check and spilled the revelation that housemates who made a fool of themselves were purposely told to blame it on the editing:

On a show like Big Brother we used to tell them to say that. If they’d made a mess of their time in the house, the psychologist would… the first thing they’d come out of the house, before they did any interviews… would say “just say we edited you badly”.

The truth is as a producer you’re absolutely motivated to get the story as right as you can. You can’t put words in their mouth, you can’t make them do things. When they come out it doesn’t go so well sometimes. And they don’t like it about themselves so it’s easier for them to say “oh it was just the editing”. 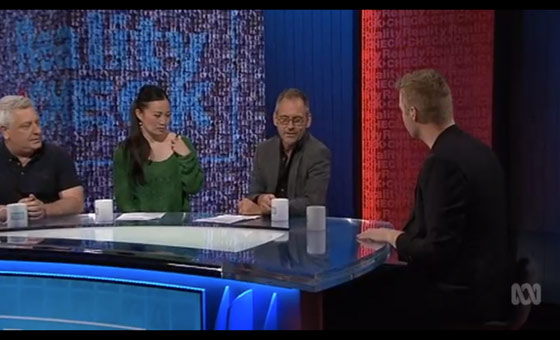 The admission received gasps from the audience and fellow panel members. Peter Abbott is considered the pioneer of Big Brother in Australia and he was the first ever Australian voice of Big Brother.

His admission hits home for the infamous ‘Gretel Incident’ of 2006 where housemate Michael blamed editing for misconceptions about him kissing ‘gay farmer’ housemate Dave. His claim of bad editing resulted in a scathing response from host Gretel Killeen:

Will 2014 housemates David and Gemma claim the same defence of bad editing when they are evicted?

Earlier in the episode Peter Abbott dismissed the current season of Big Brother and said the format has become too stunt based:

Host Tom Ballard: Big Brother didn’t waste any time in stirring up trouble, on Day 1 he offered housemates Katie and Priya $10,000 each if they accepted the entire house would have to live on protein shakes for a week. Peter, is this the sort of stunt you would have pulled when you were running the joint?

Peter Abbott: Ah, no. It changes the nature of the show from being kind of a zoo to a circus I think. And I think it’s somewhat at the peril of the format because if you create an expectation amongst the contestants there will be a stunt they don’t just get on with their everyday life, and they wait for the excitement of the stunt and the audience does the same thing. I remember the Executive Producer of the German show a bit after their third year, they’d gone very stunt based and he said the only thing they could do now is to actually kill some one!

Australian viewers can watch the full episode of Reality Check on ABC iView where Peter explains how he became the Big Brother voice.

Do you think Big Brother in 2014 is too stunt based? Leave us a comment below or join us in our discussion forums.

20 Replies to “Original Big Bro: we told housemates to blame the editing”