Update 8:30pm: Tahlia has thanked everyone for their concern via a tweet.

Update 8:10pm: While it hasn’t been confirmed, our users are speculating it’s highly likely the Big Brother producers told Tahlia early on Sunday what would be broadcast tonight. Meanwhile, the word “Tully” is trending on Twitter.

Update 7:45pm: Ruby Rose has tweeted her well wishes to Tully’s ex-girlfriend Tahlia, but has also explained she hopes that the public’s perception of Tully doesn’t “take on its own life outside of BB”.

Ruby Rose and Tully competed together in the 2003 Girlfriend Magazine Model Search.

Update 7:30pm: Well, you all saw the kiss on tonight’s show.

Original story: Earlier today Tully’s girlfriend Tahlia Farrant tweeted her reluctance to travel to the Big Brother eviction. Tully is of course nominated and could be evicted from the house tonight.

The tweet reads “So keen to not go to the Goldcoast”.

Tahlia told her friends she is not going to the eviction:

Shortly afterwards Thalia posted a cryptic e-card meme on Instagram that joked “being single sucks, the only thing I get to do anymore is whatever the fuck I want to do”. Some of the comments on the image read “Woohoo! Good job” and “You deserve better!”.

Another comment says “Tully wouldn’t know no outside communication”.

Here’s a photo of the couple from earlier this year, taken for The-F website. 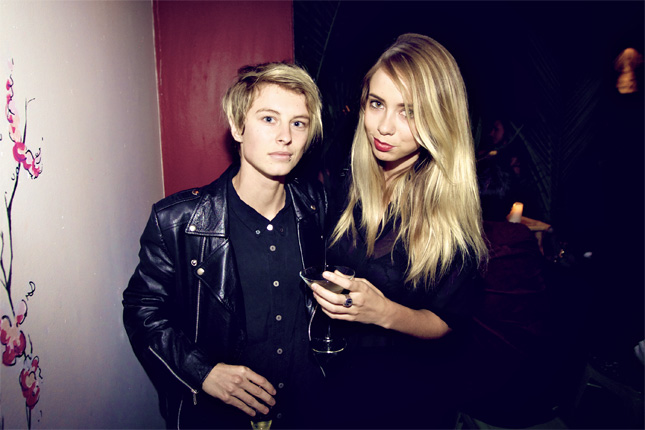 What do you think? Join the discussion in our Big Brother forums.

Thanks to Behind Big Brother user ryanseacrest.

One Reply to “Tully has been dumped by her girlfriend”