Winner odds have flipped once again with betting agencies announcing it will be Ben who takes the top spot in the 2012 season. 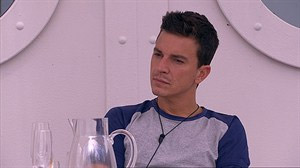 Up until yesterday Estelle had been marked as favourite following Michael’s eviction, but now she will come second.

There haven’t yet been any reports of Estelle followers suffering emotional breakdowns, but hospitals across the country are preparing for the worst.

In a media release published late last night, Andrew Brown from Sportingbet Australia said “in the last 24 hours more than 80% of the bets we’ve written have been for (Ben) to win”.

“At one stage early on Estelle was as much as $41 and I have no doubt if there was a vote to evict she wouldn’t still be in the house.”