‘Friends’ of evictee Ryan Buckingham’s Facebook page have been bombarding his photo galleries with insults including comments calling a him “a retard” and “poof”.

The insults have been posted over the past few years and appear to be from established friends before he achieved Big Brother fame.

In one post, Ryan misunderstands that comments on a photo of a fake pet pig are directed towards him. In another, he incorrectly corrects a user’s grammar, further fuelling the troll insults.

Just today newspapers reported Ryan was awarded a Bachelor of Commerce with article tag-lines “he’s no dumbo”. However the insults on his Facebook page frequently take stabs at his lack of studying.

George Pardalis: “May I state the IQ of pigs a quite high certainly superior to Ryans” 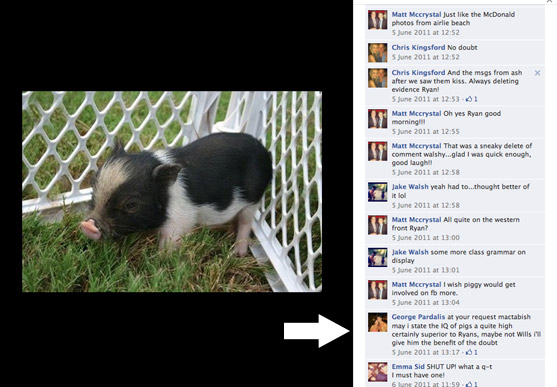 Chris Kingsford: “This kid is a full blown retard” 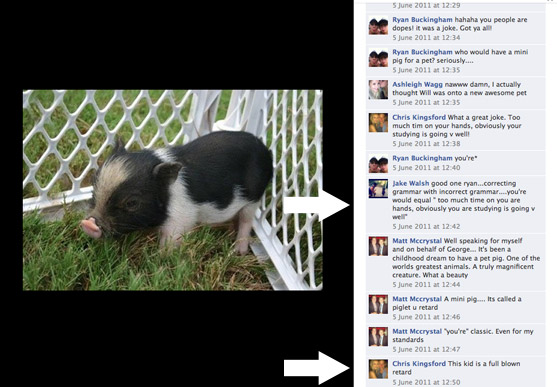 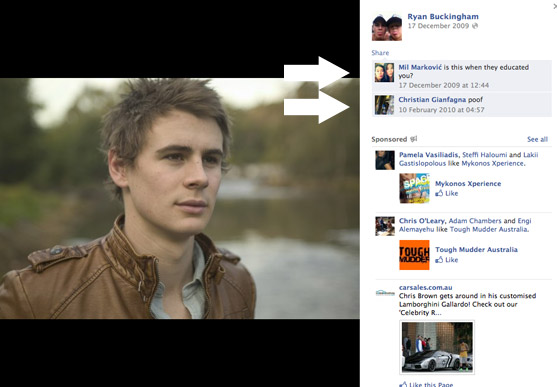 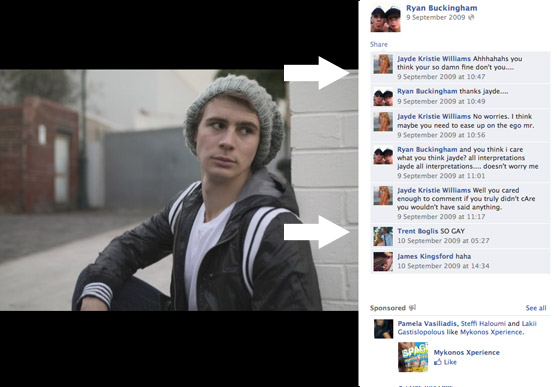