The day after Sarah’s eviction, I was in the queue at Gold Coast airport and she was behind us, so we got chatting, and the topic of nominating came up. My mum mentioned she laughed when they would cover their mouths while nominating, and Sarah said that is was necessary because you can see the reflections, but also that despite the fact they would pipe music into the nominations room, you could definitely hear when the housemate nominating would say an “S” sound.

It appears that while the chamber blocks most noise, some still makes it out to the other housemates. Scroll down to see when Zoe’s loud cough travelled through the not-so-soundproof glass.

The admission prompted a quick attempt at damage control by Sonia Kruger who suggested Ben had read Ray’s lips through the nomination chamber glass, rather than hearing the actual nominations. Ray replied “nah he definitely knew”. Sonia replied “our producers have checked and it is soundproof”.

We’re not convinced the producers are telling the truth. During last week’s nominations show Zoe coughed loudly while Michael was allocating points. We’ve reviewed the episode and you can clearly hear her cough through the supposedly soundproof glass. (You can also see for yourself – skip to 25:25min on the episode). 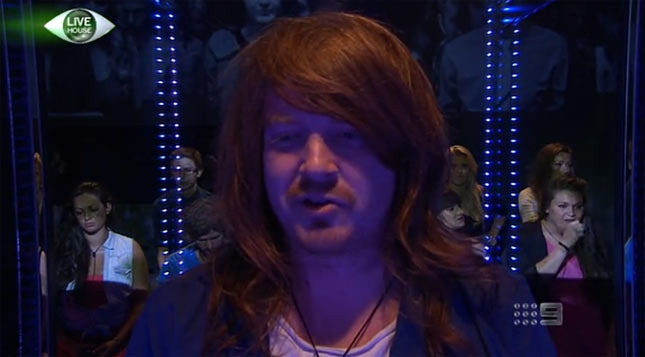 @bbaubots The incident is from week 1 – Ben even had us fooled and we made the glass even thicker! #bbau

This response doesn’t make sense because you can’t make glass thicker on an existing booth, and the first round of nominations was to nominate female housemates only. Ray wasn’t able to nominate Ben.

An ex-glazier on our forums told us for the booth to be properly soundproof it would need to be constructed with two layers of glass with a 50mm gap between the layers.

A fundamental rule of Big Brother is that housemates cannot discuss nominations or know who nominated who while in the house. If the chamber isn’t soundproof, it means the Big Brother production crew have been fibbing to viewers.

Users on our forums have pointed out that soundproof chamber gimmick is pointless anyway because cameras in the walls of the nominations room pan to which ever housemate is being nominated at the time. Housemates can see the reflections of this movement through the camera run glass.

Join the discussion on our unofficial Big Brother forums.