Channel Nine have begun slipping short ‘reborn’ trailers for the upcoming Big Brother season into its programming. The trailers began late at night a week ago and have now made their way into primetime slots for A Current Affair and The Voice.

This is the closest glimpse we have to the 2012 opening titles so far. Interestingly Southern Star (the show production company) and Channel Nine seem to be going with the theme music used from the 2005-2007 seasons, which is arguably the most memorable version.

There’s no denying though that the trailer and new Big Brother eye are incredibly similar to the designs used for the latest seasons of Big Brother UK, which was also ‘reborn’ to a new channel in 2011. Here’s a comparison: 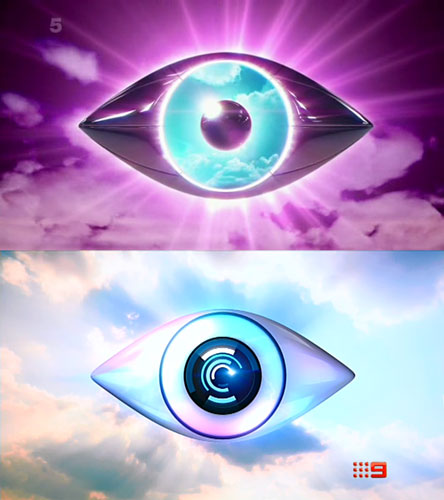 It’s now a good guess to say the new Big Brother Australia house could very well be similar to the new UK house, which was revealed this week.

Over in England their new Big Brother house is very plush, almost looking like areas from a luxury hotel resort. Will we see the same here, or vast rooms with sparse IKEA furniture?… Channel Nine’s budget will decide!

Thanks to marquisite for eye comparison image.