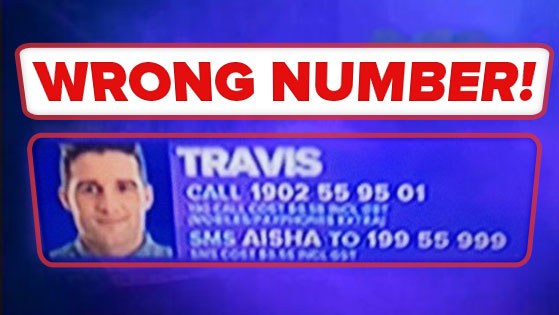 VOTING SCANDAL: Clued-in Channel 9 viewers have sent in reports to Behind Big Brother that a Vote to Win promo during Weekend Today and again during an Australia vs South Africa cricket telecast contained incorrect voting details for Travis.

Update: As of the morning of Monday 24 November the incorrect promos are still going to air.

An investigation into the voting mix up sees Travis’ voting details have been substituted with Aisha’s. 1902 55 95 01 is Aisha’s deactivated vote to save phone line and anybody who calls this number is told that the voting lines are inactive. 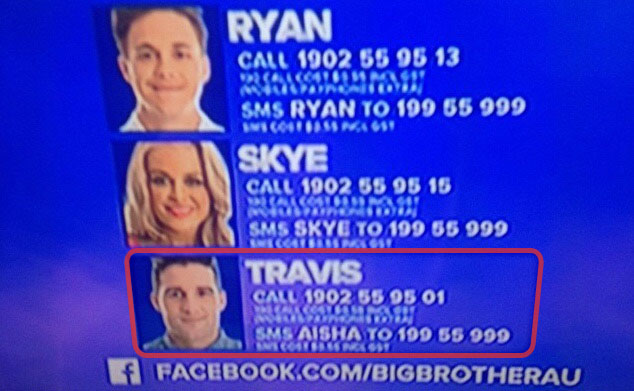 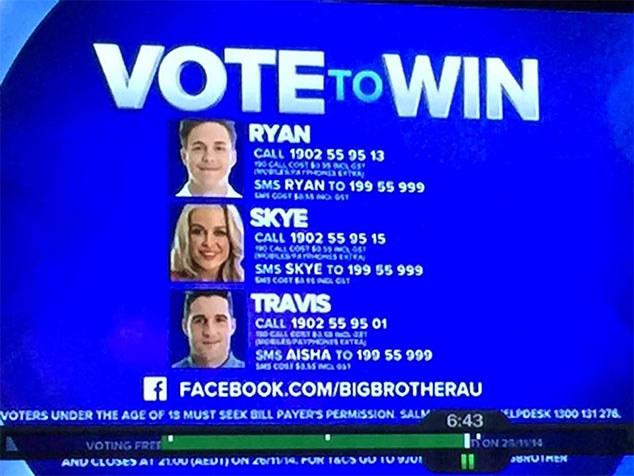 Compare this with a voting screen from a previous week where voting details were correct, it is clear somebody at Channel 9 has dropped the ball. Just what will Big Brother do with all the unexpected ‘AISHA’ SMS votes? 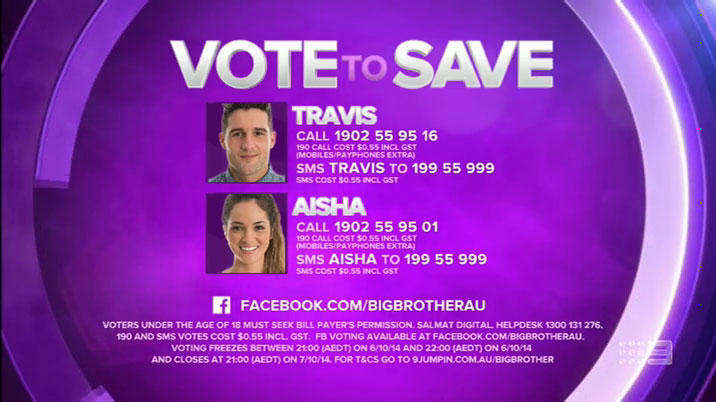 With last week’s eviction result between David and Priya allegedly having “nothing in it” (voting graphs were not shown), it is understandable that Team #TravisBBAU must be furious, especially with the finale and the ultimate grand prize just days away.

Thanks to Behind Big Brother members Electric and Oswin for providing photo evidence.