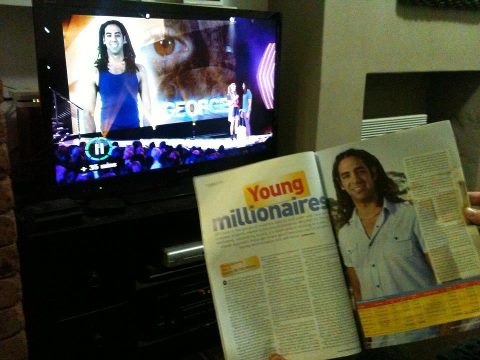 We don’t even know the full details about who originally took this photo – it’s spread so rapidly the source is hard to say. But what magazine is it from? The answer was actually tweeted during Tuesday night’s show:

This guy is the millionaire. He was in our magazine a few months back – massive property portfolio #BBAU