clive trying to be a trump....foolish creature!

Actually likely quite deliberately absurd that message from Clive, trying to generate a talking point.

clive should promise to build a wall. then he'd be sure to be pm by the next election.

The PM we never had, and Morrison's failure to value Julie Bishop

As a meeting of the federal parliamentary Liberal Party broke up last year, Scott Morrison approached Julie Bishop. "Could I have a word of advice Julie?"
It was September 11, his first full party meeting as leader and Prime Minister after defeating Peter Dutton and Bishop herself a couple of weeks earlier. It was also the first time the new leader had sought advice from the former foreign affairs minister.

Would it be a foreign policy question, some developing crisis perhaps, or did he want the private number for a world leader? Bishop is noted for her collection of mobile numbers of the powerful and the celebrated. Or would he consult her on a political matter? Neither.
"I'm going to see Tina Arena," Morrison said. "Could you give me her number so I can tell her I'll be at her opening show?"
Click to expand...

The PM we never had, and Morrison's failure to value Julie Bishop
Click to expand...

Shows what a dickhead he is.

Oh WOW...........one of my personal HEROES is getting political.........the last pollie I trusted as much was Bob Browne
Mr Burnside is a wonderful human, who works tirelessly for human rights and decency
I had the good fortune to meet him, he is a true, honest, humble gentleman 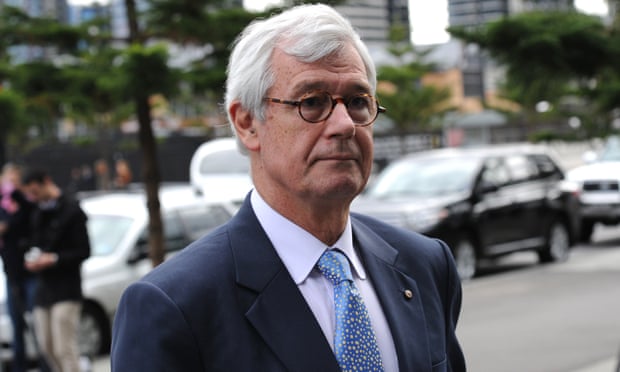 Burnside says Greens would not block Labor’s climate change policies
As Greens candidate for Kooyong, Julian Burnside sets up a four-way contest with Josh Frydenberg, Liberal-turned-independent Oliver Yates and Labor
The human rights lawyer and refugee advocate Julian Burnside will run as the Greens candidate for Kooyong at the next election.
At a media conference on Tuesday the prominent barrister said he would take on the treasurer, Josh Frydenberg, in the blue-ribbon Liberal seat because he believes the “political system is broken”, with major parties listening to their donors not their constituents.
In an interview with Guardian Australia, Burnside suggested the Greens would “not treat the perfect as the enemy of the good” by threatening to block Labor’s climate change policies.
The comment suggests the candidate is keen to avoid a repeat of the Greens blocking Kevin Rudd’s emission trading scheme in favour of an interim carbon price that was later repealed by the Abbott government.
Burnside’s announcement sets up a four-way contest between the deputy Liberal leader, Labor’s Jana Stewart and the former head of the Clean Energy Finance Corporation, Liberal-turned-independent Oliver Yates.

After his work on the 2001 Tampa case Burnside became an outspoken critic of Australia’s treatment of refugees, including the punitive system of offshore detention on Manus Island and Nauru.
Before the 2016 election, Burnside advocated that voters give the Greens their first preference and handed out how-to-vote cards for the Greens candidate in Higgins, Jason Ball, but denied being affiliated with the party.
Explaining his change of heart, Burnside told ABC News Breakfast the Greens were now a “mature party” with policies on a range of issues beyond the environment.
Burnside told Guardian Australia the Greens are “the human rights party” and he opted not to run as an independent because they tend to have only “one or two policies” as points of difference.
Asked about the Greens economic plans – such as opposing income tax cuts – Burnside said he had been through all their policies and didn’t see “anything [he] would disagree with”.
“The people in Kooyong are more generous and focused on the future than they are given credit for.”
What is happening on Nauru should shock the conscience of every Australian
Julian Burnside

Burnside also took aim at Labor which he said “[supports] most aspects of Coalition refugee policy” and accused Bill Shorten of being “too timid to take any clear position in relation to the Adani coalmine”.
Greens leader Richard Di Natale – who declared in September that Shorten will be prime minister – has sent mixed signals on whether the Greens shouldsupport Labor’s climate change policies or muscle up to Labor to demand bigger improvements.
Burnside said the Greens would “do everything possible” to improve Labor’s climate change offering but if they “ran out of ways” they would ultimately support it.
“I don’t think they would treat the perfect as the enemy of the good,” he said of his new party. “I keep on saying ‘they’ - I’ve been a member for about a week.”
Burnside said the Greens had “achieved a lot” during the 45th parliament, citing pressure to legislate marriage equality, establish the banking royal commission and create a national integrity commission.
On Tuesday Di Natale said Kooyong would be “fiercely contested”, particularly on the issue of climate change, and Burnside would stand out because he understands it is an “existential threat”.
He said voters in Kooyong were “sick of the climate deniers within Liberal party, sick of seeing Liberal party dominated by the hard right” and “no longer recognise the party they once supported”.
In the wake of the 2016 election, Burnside predicted that the Liberal party would dump Malcolm Turnbull in favour of Scott Morrison, whom he accused of lying about boat people by describing them as “illegal” and demonstrating a “strangely un-Christian attitude” towards them.

Senator Fraser Anning having nothing appropriate to say really.

One - the lead perpetrator of the shootings in New Zealand today was Australian, so blaming NZ policies on anything is ridiculous.
Two- This comes down to extremist people doing extremist activities - Terrorism. Their thinking and mentality is at the fringe of most peoples beliefs, not the mainstream.

Senator Fraser Anning having nothing appropriate to say really.

One - the lead perpetrator of the shootings in New Zealand today was Australian, so blaming NZ policies on anything is ridiculous.
Two- This comes down to extremist people doing extremist activities - Terrorism. Their thinking and mentality is at the fringe of most peoples beliefs, not the mainstream.
Click to expand...

Absolutely. The pertpetrators here think exactly the way he does. Despicable. He should blame himself.

timmydownawell said:
Wait, it gets worse:

I cannot even form words to explain how I feel about this right now!

Awesome site donor
Fraser Anning gets egged by a teenager, who in turn gets slapped and brutally taken down by tough guys:

Awesome site donor
takes 2 thugs to throw a 17 yr old to the ground .. a third to run in. and jump on him and two to hold him down <oh swoon such big strong brave THUGS>

what needs to be fixed is someone getting 19 votes being able to “represent” us in the Senate - what whacko system allows this?!?
get him out and don’t have my taxes paying for the likes of him to get a pension for the rest of his life - he doesn’t speak for me or anyone I know ... and his attention-seeking tweets etc are nothing but abhorrent

as for the 17 year old ... a motherly slap on the wrist for wasting an egg on that thick head

Awesome site donor
"I am utterly opposed to any form of violence within our community" - yeah looks like it.....

That was pretty awful what that boy did, and to expect anything different to a recreational slap in return is to be expected. In saying that, it was quite amusing. But every action has a reaction, and that happened.

February said:
That was pretty awful what that boy did, and to expect anything different to a recreational slap in return is to be expected. In saying that, it was quite amusing. But every action has a reaction, and that happened.
Click to expand...

Not really, egging pollies is a common, very common protest
And, usually from a distance then run and don't get caught......but even getting caught is generally just a warning offence.

The creepy bastard unelected pollie's offence on the other hand is far more serious......adults assaulting minors is dire

And then the rest, where they choke hold the poor kid. 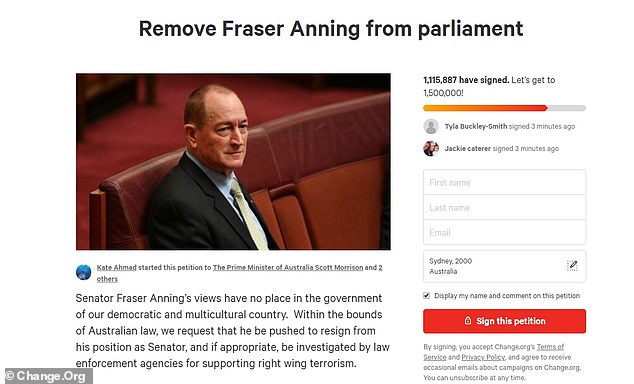 
I dont condone the egging itself ... however Anning didn’t just slap him once ... he then went in for more and his thugs had the kid in a headlock
this is a minor we’re talking about
the initial slap could be consider a normal self defensive reaction ... everything that folowed is not

For him to say his mother should have slapped him a lot earlier ... can he just keep piling it on??!!