Isee said:
Yes I found out about it about a year ago when a group of us where I worked were trying to learn more about making acknowledgements heartfelt and respectful not just a script that you are reading. So I will say if parliament are just saying the same words from a script and the person saying it as not actually thinking about what they are acknowledging, the whole thing feels very hollow and meaningless. If each acknowledgement is genuine and personalised they would mean more even possibly to the Pauline Hansons. People can acknowledge the lands the trees the waterways that Australia's first nation people nurtured. People can acknowledge the children and the future leaders and elders. But Pauline is showing an ignorance and a wilful disregard to learn and understand if her hissy fit was necessary.
Click to expand...

Totally agree. Welcome to country should be personified to suit the topic at hand or made relevant to discussions rather than a few written generic sentences said before the rest of it. As for Pauline Hanson- She doesn’t want to learn or widen her cultural understanding. It’s like she’s stuck in the toddler stages where everything is mine mine mine, with no concept on how it became hers to begin with. Or she simply doesn’t care and whole heartedly believes she’s superior in some way. Which group hasn’t she targeted, because I think she goes around the globe to exemplify groups to suit some sort of agenda or show her relevance.

Pelosi is in Taiwan! 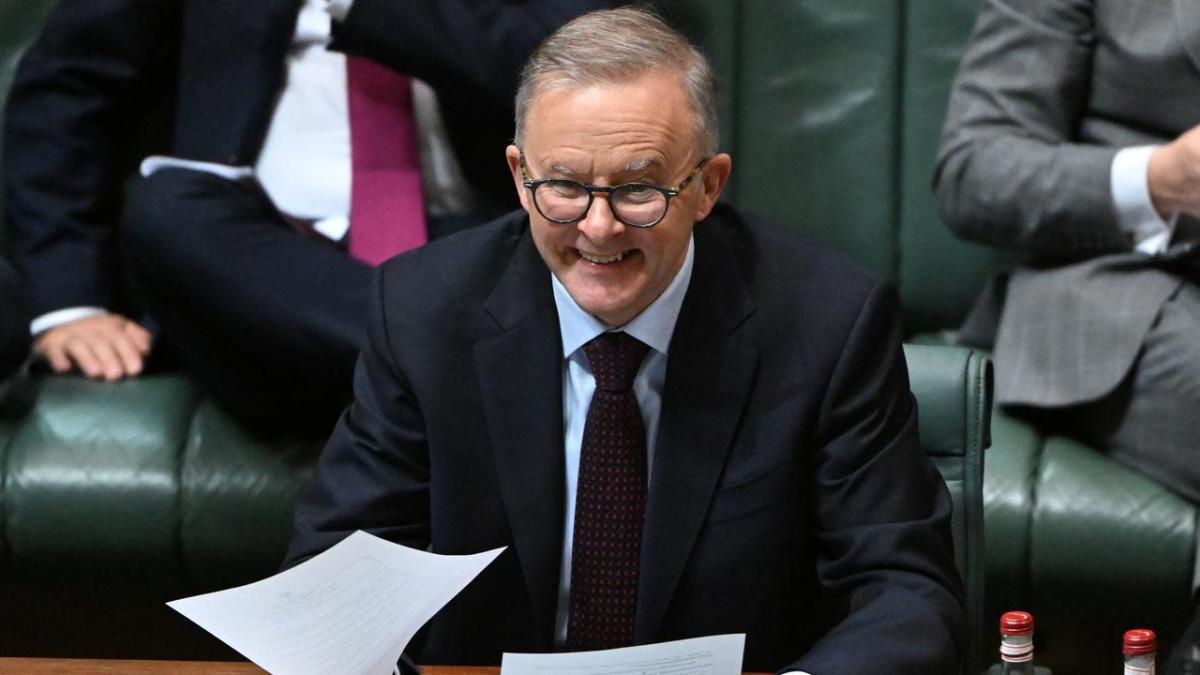 New laws to raise Australia's emissions reduction targets have cleared their first hurdle after passing the federal parliament's lower house.Liberal MP Bridget Archer was the only opposition member to vote with the government to pass the laws 89 votes to 55.

Hmmm oh yipee! Great! Well 2030 isn't all that long away now it's near the end of 2022 so we are basically going to almost cut emissions by half in just 7 years from now? Wow I wonder what great plans these 'leaders' have in store for us to get to this magic reduction in just 7 years? Get rid of and ban all fossil fuel powered vehicles?

Also anyone got their latest electricity or gas bill lately? I just received my gas bill and it's just under $600 for 2 months of gas usage! The bills are certainly rising as it states last year I was actually using a bit more gas than this year and the bill was cheaper last year! It's not really a shock but I think last year I didn't pay a gas bill that was higher than $500 in the winter months. So the bills are certainly rising this year!

The other day the government was talking up about this supposed 'trigger' that they can use to basically tell the energy companies that they have to guarantee the local supply first before they think about all the exports etc. Anyway all they have done is just given all these energy companies a 'warning' that if they don't comply then they will probably use this 'trigger' if necessary. From the way I see my own gas bill going these 'companies' need more than just a warning the price of gas is a complete joke! You know the whole reason so many households all had gas installed was because of how convenient and cheap gas was to use for heating and for cooking. Now it seems it's the complete opposite.

Converse said:
From the way I see my own gas bill going these 'companies' need more than just a warning the price of gas is a complete joke! You know the whole reason so many households all had gas installed was because of how convenient and cheap gas was to use for heating and for cooking. Now it seems it's the complete opposite.
Click to expand...

I was reading about heat pump water heaters the other day. They use the same tech as air conditioners to heat your water, but only use about 1/4 of the energy as a standard electric one. Definitely worth checking out if you're looking into dumping gas. Likewise induction cooktops, for that matter.

I was reading about heat pump water heaters the other day. They use the same tech as air conditioners to heat your water, but only use about 1/4 of the energy as a standard electric one. Definitely worth checking out if you're looking into dumping gas. Likewise induction cooktops, for that matter.
Click to expand...

I haven't heard about those heat pumps. Everything here is gas, the hot water heater, large space heater and the kitchen stove. Even if you try and change these to electric the price of that is also climbing so you are back to square one again really. It seems the powers that be have all bases covered when it comes to screwing the consumer when it comes to energy now.

I have noticed a few households around here are actually going back to good old fashioned 'fireplaces' again. I guess you could technically say you can light your own firewood at home for some 'free' heating. You just have to put up with the stink of all that burning wood and also a major fire risk to your home if left unattended. But it's free heating and if you have a source of free firewood you are set for some free winter home heating...lol

But then when you think about it, it won't be long before the powers that be will outlaw and 'ban' all sorts of fireplaces because of the whole reducing carbon emissions thing and probably because they can be a stinky nuisance to surrounding neighbours...lol. I know as a neighbour around here used to heat their home most of the winter with a fireplace. I don't know what sort of firewood they were burning but you couldn't walk outside and breathe at night it was a nightmare. The stench of whatever they were burning would enter into the house at night also. So you can see how I hope all these rising energy costs doesn't make even more people think about returning to traditional fireplaces...lol