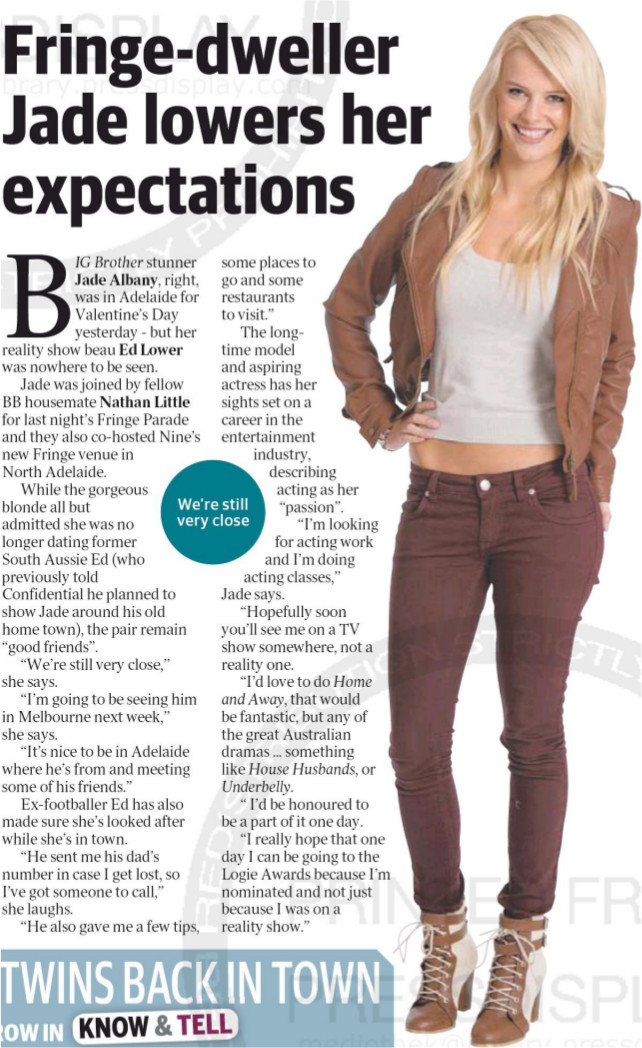 Former Big Brother couple Tully Smyth and Anthony Drew have been spending time together again, with the pair looking close during an outing in Melbourne. Symth and Drew were spotted together at Boutique nightclub. Synth was down from Sydney, and apart from catching up with her former flame, she is believed to have paid a visit to the set of The Block. Smyth and Drew got together in the Big Brother house last year on the Gold Coast, before splitting up once they left. Their on-screen hook-up caused a stir on the show because away from the set, Smyth had a live-in lesbian lover, Tahlia Farrant." 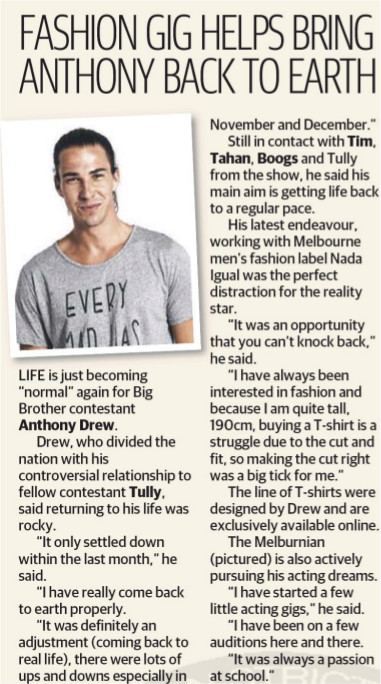 Their controversial relationship ended around two months ago.

But rumours of a romantic rekindling are begnning to swirl after Tully Smyth, 26, flew to Melbourne last weekend to see her ex-Big Brother 2013 housemate Anthony Drew, 25.

The two joined Big Brother 2012 alumni Ben Norris and Stacy Wren, but not before sharing a snap together on Sunday, reminiscent of their dating days. 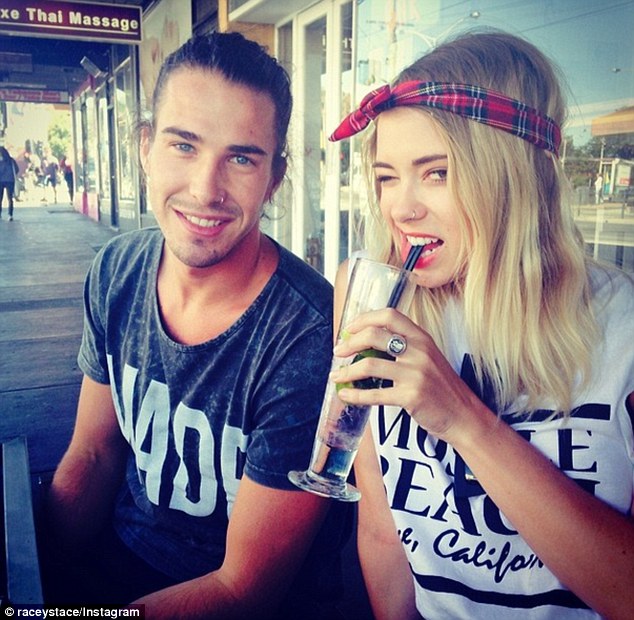 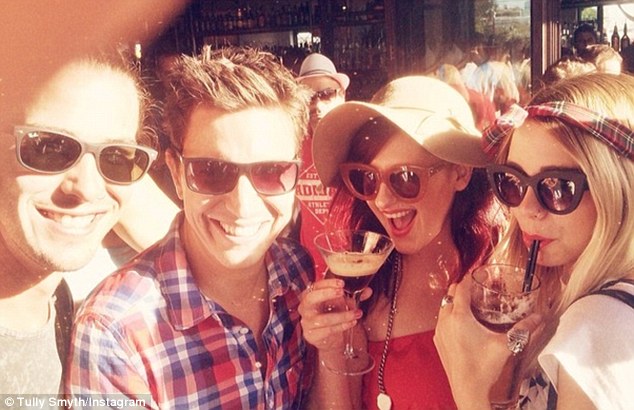 Norris, who won season nine of the reality show, told OK! Magazine 'I think she went down there to reconnect with Drew.

'They shared something incredibly personal to them and it was also incredibly public. They have each other's best interests at heart.'

But Tully has maintained that the two were always close friends, even after their breakup, telling OK! Magazine in January that the pair still spoke three times a day on the phone.

She said that the breakup was mutual and spurred from the couple living in different states, with Tully living in Sydney and Anthony in Melbourne, as well as their issues with dealing with reality after Big Brother. 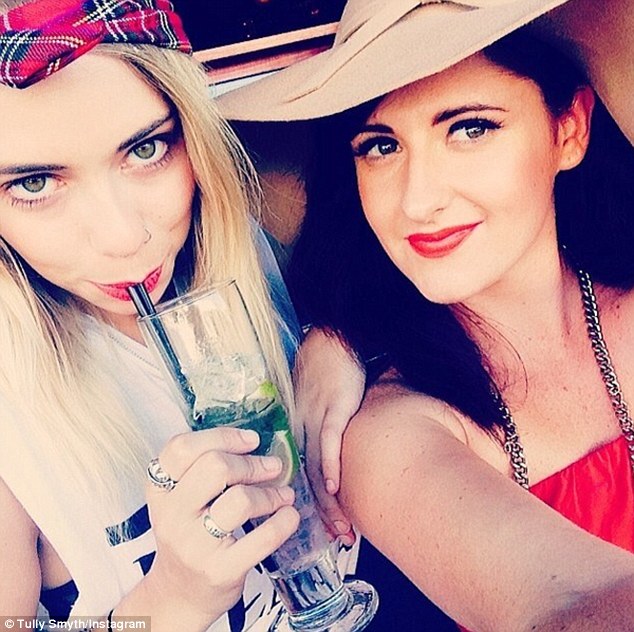 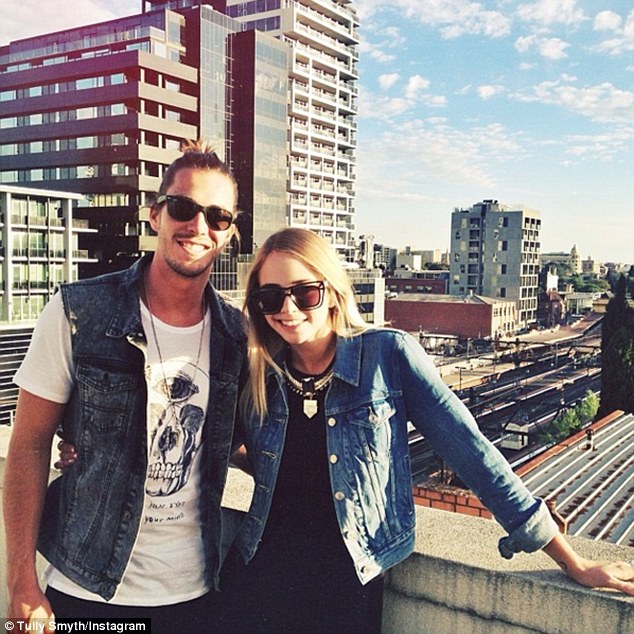 But if the two are indeed back together, it may be proving Tim Dormer right.

Tim, the winner of last year's Big Brother, said on Twitter earlier this month that he agreed '100%' with a fan who said that the two were faking a break up to get people talking about them.

And he's not the only one.

Before Tully entered the Big Brother house, she was in a relationship for two years with her now ex-girlfriend Tahlia Farrant, though they would split after Drew and Tully got together on national TV.

Tahlia had choice words for the couple, and claimed in an interview with Woman's Day that their relationship was a facade.

'To me, that's a sham...after being on Big Brother you are a D-list celebrity and you have to ride it while you can because it's very short-lived, but when is it enough? It's ridiculous,' she said. 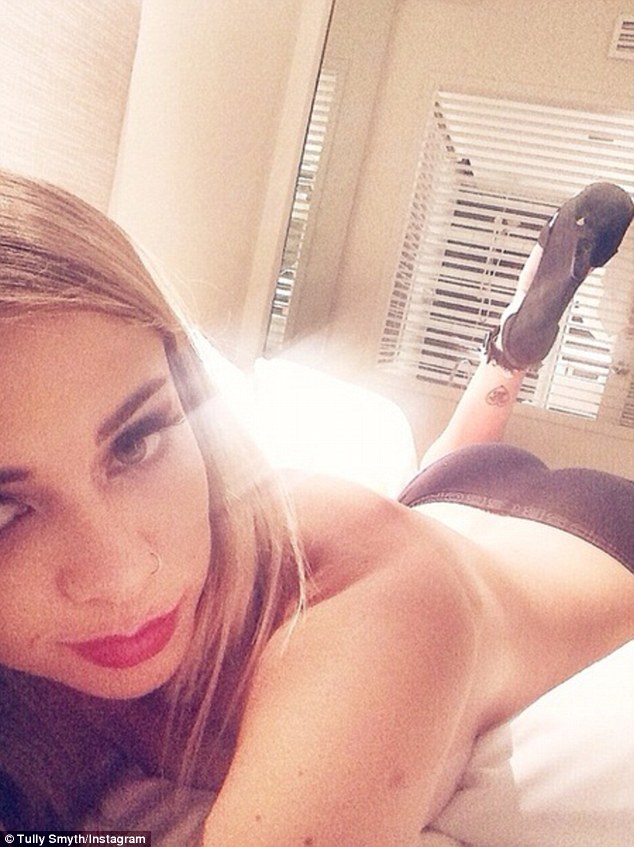 Awesome site donor
Saw this article on Tahan on the Daily Mail site:

Has a small bit about how Reggie (BB03) came from Tasmania and a photo with her and her kids.

Tasmania must be really desperate for D-Graders, she doesn't even live there anymore - clinging onto whoever they can have a morsel of attachment to ha ha

pecan said:
Saw this article on Tahan on the Daily Mail site:

Wow some pretty harsh comments from that article.
E

Tully and Tahlia are back together? http://www.realityravings.com/2014/...lia-tully-smyth-and-tahlia-are-back-together/

Their whirlwind television romance officially ended two months ago, and it looks like Big Brother’s Tully Smyth and Anthony Drew won’t be rekindling their romance any time soon.

In fact, social media strategist Tully, 26, may very well be returning to her old life before fame, after hitting the red carpet on Tuesday night with her ex-girlfriend Tahlia Farrant who had dumped her whilst she was on the show.

Tully and Tahlia, 22, who had been dating for two years before Tully entered the Big Brother house last year, were all smiles as they posed for a snap at a fashion launch in Sydney.

Tahlia posted a photo of the pair in front of the media wall, captioning the shot, ‘Baddies at the @adidasau X @topshop_au Launch.’

The former couple looked very comfortable being together in the public eye, with Tahlia resting her arm on Tully’s shoulder.

Tully opted for a hippie-style blue printed dress and a bold gold necklace with pineapple pendants.

She added a rock chic twist to her look with dark purple lipstick and a side braid.

Both ladies finished off their looks with black ankle boots.

Tully and Tahlia had been living together in Sydney up until the moment Tully entered the Big Brother house in July last year.

The controversy provoked Tahlia to declare the end of her relationship with Tully over Twitter.

‘Thanks for the concern guys, but I am big girl, I will be just fine. Life goes on.. x #singlebabescomeatme,’ she tweeted in September after Tully told Drew that she loved him whilst they shared a bed.

When evicted from the Big Brother house, a shocked Tully learnt that she had been dumped by her girlfriend in the outside world.

It was only a matter of weeks before Drew was evicted and Tully was waiting for him with open arms.

The housemates continued their romance after the show but eventually called it quits earlier this year.

Tully told OK! Magazine in January that the decision to split was mutual and spurred from the couple living in different states, with Tully living in Sydney and Drew in Melbourne.
Click to expand...