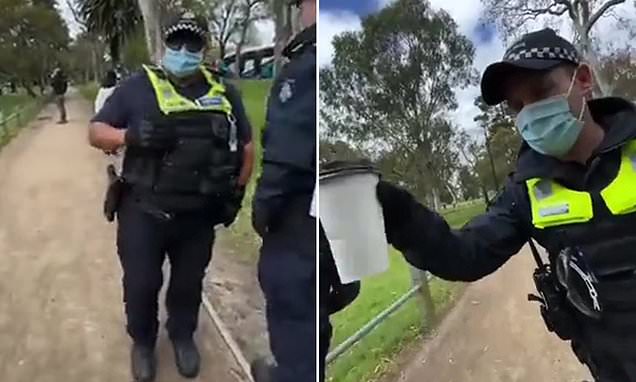 The man - unseen in the video but believed to be unmasked - was drinking a takeaway coffee in a Melbourne park when police approached him.

Let’s look at the hypocrisy of some….

Affable said:
PRGuy17 must be up_all_night? The partisanship is clear.

So still a chance it is up_all_night then…

Affable said:
So still a chance it is up_all_night then…

not long until lockdown ends for victoria. unless of course dictator dan reverses the decision at literally the very last second whilst cackling at the poor deluded foolish creatures who thought he'd ever let the state out of lockdown. and then he brings in even more police to enforce his dictatorial ways.

in a way you could say that dan andrews has been catfishing the victorian public.

Don't be that person. It's unbecoming.
A

rj90 said:
Don't be that person. It's unbecoming.
Click to expand...

Nice to see you again. 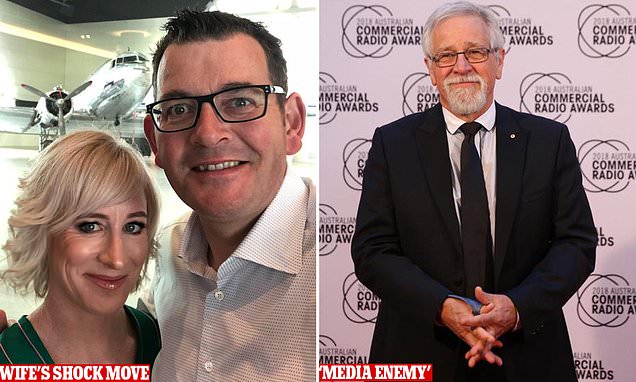 The wife of Victorian Premier Daniel Andrews appears to have escalated a four-year feud between her husband and Melbourne's top-rating breakfast host.

Hello Timmy's Puppet Hope your day is a box of fluffies!

Isee said:
Hello Timmy's Puppet Hope your day is a box of fluffies!
Click to expand...

All the outrage the left in this country feel with media bias yet many are very quiet on Dan Andrews/the lockdown ending when cases are still in the 1000's! Where are their concerns about health now? Maybe it was just politics.

Expressive said:
All the outrage the left in this country feel with media bias yet many are very quiet on Dan Andrews/the lockdown ending when cases are still in the 1000's! Where are their concerns about health now? Maybe it was just politics.

What a weird looking gif. I guess there isn't much anger because Dan Andrews is pretty much untouchable.

up_all_night said:
TIL people complaining about Police states don't even understand what the term means.

During the last two decades, we've had sweeping removals rights and due process sweep away by Federal conservatives governments in the guise of "anti-terror legislation." Which is far-reaching outside of that scope. Secret detentions and trials. Even prosecuting lawyers in secret trials for defending whistleblowers. Currently, they are claiming they can prosecute you in these secret trials while withholding the evidence they have against yet. Which for the layperson means you don't have due process and can't properly mount a defence.

That is apparently not a police state, because only Labor can do a police state by telling you to stay home during a pandemic with restrictions that have expiry dates.

NSW can stick anti-terror police on journalists during the pandemic, that's apparently not a police state.

People need a perspective. They need to actually be informed. Not just stick to Murdoch bubbles.
Click to expand...