I think they should use the corona virus storyline and how it affected production in the show it would interest viewers more.
Click to expand...

I can't even keep up anymore it's had so many different profiles over the years...

Also I think after this is all over any mention of Coronavirus will be too much.

I'll take what I can get, I mean we already lost BBCAN

barbra said:
I have 5 original copies of the Big brother series 1 on DVD and that dvd i brought it when i went to visit the house after the show ended. I have original videos on HQ recording of the whole house back and front and all. I also have large copy photos of the whole housemates of series 1 always kept and secure.. im sure the content i have can make lots of money who ever is interested in buying it off me.
Click to expand...

I swear you're like the same person on different accounts

barbra said:
I cant stand it either. I remember i was excited to see the return of Big brother on channel 9 but i kind of went down into saying oh no... where is Gretel. We have this persona-lee who looks like a shemale with that muscle neck and face structor couldnt work out if it was a chick. Sorry Sonia but i do proffered the Gretel instead.

So i soft of just recorded it but sort of fastwarded it fast kind of looked boring. You see i dont watch reality tv knowdays when it comes to the block or the who is the celebrity or the voice show or anything like that. It just looks boring. Im a content i clean and cook more in the kitchen then been seating down watching television.

When big brother returns.. Many of you will be in the same situation as me. You be keen to watch it at the start for a about a week or so but then you will notice that you will just meh... you know give up or skip days without knowing athing about the big brother show. Its simple.. Big brother show isnt what it used to be

Its not live
There is no live stream cams to watch now on the internet
There is no Big brother uplate show with goldman
There isnt no DVD recorded Big brother show content on dvd like it did on big brother series 1
You cant vote because its not live content.
Diferent format and it isnt the same what it used to be
Too many cuts and editing and all they care is add in plenty of visual effects and graphics all over the screen making it sound to look like a BIG show when in fact its all to brain wash you thinkng its a great show. im sure its a great show. But without any of these things then why bothered.. You all will quickly get bored with this show specially since it is not live and not the same format like you all where hopeing for.

But channel ten is already a bizzar station.. I dont watch channel ten anymore.. i watch channel 9 for the local news. I havent been watching channel 7 since Agro was on years ago or the Saturday cartoon connection where i enbreave all the kids to watch it while i made great desserts and cakes for the childrens of the community.

If i was in that big bother house i wouldnt no what or how angry i might end up been among all of these young grown up stupid people of todays society.
Click to expand...

It’s quite funny how the style of posting hasn’t changed but they think by throwing antidotal stories in their posts that somehow they’ll slip threw the cracks.


James T said:
I just hope you have the decency to scam people through PayPal so they can at least be refunded
Click to expand...

I was going to suggest EBay lol

Doubtful... It seems to lean towards a severe mental illness. Most likely somewhere on the autism spectrum.

Staff member
This has gone from the worst revival of the year to potentially the best - and it may be a bit of a life saver for Seven. Suspect they might change how it's broadcast too - did think they'd power through two eviction cycles a week but they might drop that to one now if content is thinner on the ground. I think though they're claiming House Rules hasn't had to suspend filming (yet) and hopefully this horrid virus will be a thing of the past once they're filming Plate of Origin - so despite losing the Olympics there is a chance they'll be the least affected channel considering Ten are losing Survivor and likely The Bachelor or Bachelorette, whilst can't see Love Island going ahead for Nine.

Awesome site donor
Programming is going to be a problem for the next year for all three commercial networks seeing as they're all so dependent on stripped reality shows. They must be scrambling to plug massive holes in their grids at this point.

reepbot said:
I see endless repeats of Friends and NCIS for ten in the future
Click to expand...

Awesome site donor
Lucky for 10 they doubled up last year and made Survivor All Stars (lame as it is) otherwise we wouldn't have got any Survivor this year at all.

10 should look at picking up The Circle UK and airing that.

Gogglebox does not send a good social distancing message. They should cancel it.

Saw a TVC on SEVEN. Looks like they'll be filling the AFL slots with repeats of older historic AFL games.

And if I'm reading it correctly Bachellor won't have an ending for the present.

Bachelor filming suspended mid-season
By Karl Quinn
Locklan “Locky” Gilbert will have to wait a little longer to find The One, with Ten announcing on Thursday evening that it has shut down production on The Bachelor.
The news came just 24 hours after production on Nine’s The Block was similarly shut down as coronavirus continues to play havoc with film and TV production, in both reality and scripted spheres. (Nine publishes this masthead.) 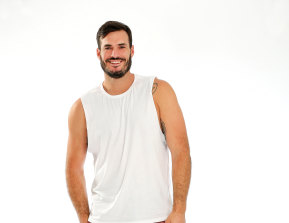 Locklan 'Locky' Gilbert will have to wait a little longer for those hometown visits...Credit:Nigel Wright
In a release issued on Thursday afternoon, Network 10 and production company Warner Bros. advised that despite having employed “extra precautions” on set for some time, “it is no longer practical to continue with production".
“Our decision to halt production was made after considering all available options. We will resume production when it is safe to do so.”
On Friday morning, the network confirmed “we were well into the production of [The Bachelor] but we were still a few weeks away from wrapping”.
Production on Bachelor in Paradise has already been completed, though its airdate has been pushed back slightly.
On Thursday, Ten aired its first promo for the new season of MasterChef – which is currently in production – with an air date of April 13.
Production continues on a number of other reality programs, which are so critical to the prime-time schedules of the free-to-air commercial networks, but The Bachelor posed particular challenges.
One-to-one dates and alone time would be all but impossible under social distancing rules that demand people stay a minimum of 1.5 metres apart. The exploratory kissing and cuddling of the show would be strictly off limits."
Last edited: Mar 27, 2020
I

Are they still filming this season of BB?

insider06 said:
Are they still filming this season of BB?
Click to expand...

Affable said:
Gogglebox does not send a good social distancing message. They should cancel it.
Click to expand...

The UK one is all being filmed remotely (uses fixed cameras anyway, but crew is usually in a different room). Social distancing generally doesn't apply within the household unless one person has symptoms or is considered at risk.
H

Apparently filming has wrapped up for Big Brother! What is everyone thoughts on TV BlackBox article. I think this abomination that dares call itself big brother Australia will be put in the history books as what not to do when putting on a reality tv show.
H

reepbot said:
I think this abomination that dares call itself big brother Australia will be put in the history books as what not to do when putting on a reality tv show.
Click to expand...