Gretchen Wieners said:
Sydney Morning Herald posted the lineup by accident and deleted it straight away, however part of the article is still cached on Google...

Awesome site donor
Rundown of who the campmates are:

At this time last year I was jumping out of a helicopter from 10,000 feet into the African Jungle and this year, watching the new batch of suckers from the comfort of my own lounge room

They have no bloody idea what's ahead of them, they really don't..... #evillaugh

She's talented, has a wicked sense of humour, genuine, kind, a shit stirrer (in a good way), has one of the finest and honest voices this country has produced and have know her and proud to call her a friend for 13 years. Can't wait to watch @caseydonovan88 on @imacelebrityau

Lets all get behind Case and vote #CelebCasey to keep her in the African Jungle! #TittyPurse

Bring in the jungle shakes...

I missed the catfish bit.

I don't think anyone really expects huge celebrities, just "people who were on tv". Whether the other celebrities have seen that show in particular is their problem. I didn't know who Nazeem was, but other people on here do, so he qualifies as famous.

Awesome site donor
Here are some of the articles I mentioned about Kate Fischer from last year:

Like I said, I hope she's up to it, that the producers aren't exploiting someone too vulnerable.
Last edited: Jan 30, 2017

The star was lacking support last night. She may have brought a floating flamingo into the jungle as her luxury item, but fans reckon a more practical item should have been in Tziporah’s suitcase.

The former model became the talk of the online world last night with avid I'm A Celebrity... Get Me Out Of Here! viewers urging the woman, who once went by the name Kate Fischer, to put on a bra.

Hundreds of people took to Twitter to voice their concern about Tziporah, who was engaged to businessman James Packer, letting it all hang loose on TV.

Fans urged Tziporah to put on a bra during last night's episode of I'm A Celebrity. Photo: Channel 10

“Unfortunately some celebs thought bras were luxury items and didn't take them into the jungle this year,” one person said.

“Kate put on a bra!!!! #ImACelebrityAU,” another person Tweeted.

Meanwhile one fan said he was wishing someone in camp was crocheting a bra for Tziporah to wear.

"Kate put on a bra," one person commented. Photo: Channel 10
Tziporah made her entrance into the African jungle on Monday night with radio host Steve Price making his feelings on the star known.

The radio host couldn't hide the disappointment on his face when the 43-year-old arrived, and it wasn't long before he took a swipe at the former model's weight gain.

Following a challenge, some contestants were given access to a selection of luxury items, and when Tziporah pulled out an inflatable flamingo, Steve didn't hold back with his bold remarks.

The look on Steve Price's face when Tziporah Malkah (Steve Price) arrived in the South African jungle on I'm A Celebrity... Get Me Out Of Here on Monday night. Source: Channel Ten
"Tziporah on a pink flamingo floating around that waterfall... boy, that's gonna be the money shot," he said, with a somewhat sarcastic tone.

Tziporah's arrival on the show came just moments after Steve had said he'd hate for her to join them in the jungle.

When speculating which celebrities would arrive next, comedian Nazeem Hussain said: "I heard it was Kate Fischer".

"For Christ's sake, do not wish that on us," Steve responded.

The former model hits back at her bra-shamers. She had Twitter in a tizz when she went bra-free on TV, and now Tziporah Malkah – formerly known as Kate Fischer – has clapped back at the haters!

The former model and ex-fiancée of businessman James Packer is currently in the South African jungle as she films I’m a Celebrity…Get Me Out of Here, and has entrusted someone to tweet on her behalf while she is incommunicado.

Her Twitter bio says that "all official social accounts are run by Milo", and we reckon whoever Milo is, he should get a raise! https://twitter.com/TziporahMalkah

After several Twitter users mocked Tziporah with tweets like “I hope someone’s crocheting a bra” and “Oh dear god, put a bra on”, Milo clearly decided enough was enough. With the sassy caption “Never been a big fan of bras tbh”, he posted some racy throwback pics of Tziporah from her modelling days.

The shots show busty Tziporah posing topless – with some strategically placed arms and leis protecting her modesty, of course. 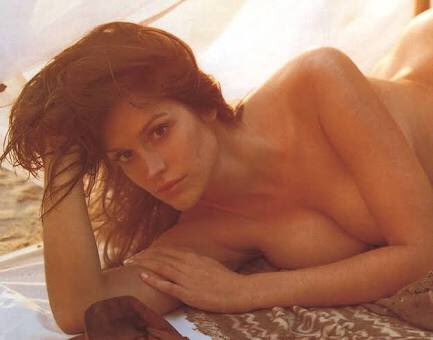 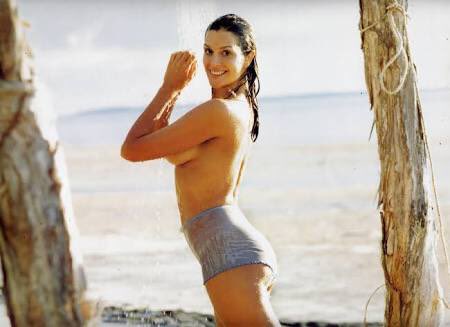 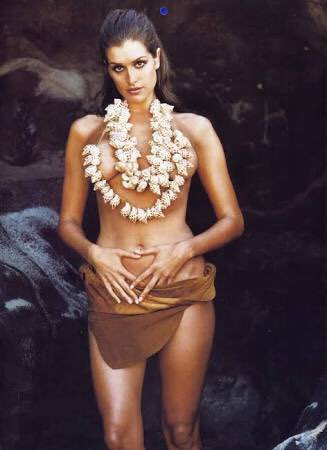 But Laws has denied it ever happened, before taking a cheap shot at his rival’s height.

“No I don’t remember the moment. And I don’t believe it happened, to be honest,” he told the radio hosts firmly.

“You can’t worry about that. It’s called Small Man Syndrome — poor little Pricey. As I said, I did my best to give him a hand up to be kind to him, but obviously that didn’t work. Let me say again, that is Small Man Syndrome. He’s very small. Well, vertically very small.”

Laws also didn’t mince his words when prompted by Fitzy and Wippa to send a message to Price: “Hey Steve, if you happen to be listening: go f**k yourself.”
Click to expand...

Kaz said:
I believe Steve Price's version of what happened.
Click to expand...

Same here. Price doesn't seem the type to lie. Laws demonstrated what an asshole he is with his response.

HOLD onto your hats and your rage because you’re going to be fuming about how much Tom Arnold is making for moping around the South African jungle.

Arnold, the US comedian whose appearance on the Australian reality show I’m A Celebrity, Get Me Out Of Here has been a substantial disappointment, is reportedly earning more than $40,000 a week according to Confidential

If they offered him that amount, he would be stupid not to take it.

Kaz said:
I believe Steve Price's version of what happened.
Click to expand...

So do I. Steve Price is an annoying jerk, but at least he's not a holier-than-thou pompous prick like John Laws.

TOM Arnold has declared war on producers of I’m A Celebrity … Get Me Out Of Here!

A week into the reality series and tensions have flared over food rations with the American actor firing up in what producers claim is the biggest blow-up they’ve seen in the show’s three seasons.

“Give us something to f***ing eat,” Arnold yelled. “Feed us something so you can get up out of bed and stand up.”

Arnold is one of 12 celebrities competing on the reality series. His anger sparked fellow campmates, Olympian Lisa Curry and radio shock jock Steve Price to tell him to calm down.

“Suck it up buttercup,” Curry said, with Price adding: “Everyone needs to just settle down.”

Celebrities are given basic rations of beans and rice to survive in the South African jungle camp and compete in various challenges to obtain extra food.

Daily basic rations include 25 grams of oats, 45 grams of beans, 50 grams of brown rice and 200 grams of fresh vegetables, equalling a total of 800 calories.

They’re all competing to ultimately win $100,000 for their chosen charities.

“It is a f*****g TV show,” Arnold said in the camp Tok Tokki, where celebrities go to talk to producers away from the campmates.

“It is not the military; we are not going to war. Do you guys want us to risk our lives and jump off shit and put on a good show? I’m going to pack my s***. F*** you then if you are not going to listen to me.”

I love Tom even more.

Kaz said:
Comedian Tom Arnold is getting paid a ludicrous amount for his stint on the reality show

HOLD onto your hats and your rage because you’re going to be fuming about how much Tom Arnold is making for moping around the South African jungle.

Arnold, the US comedian whose appearance on the Australian reality show I’m A Celebrity, Get Me Out Of Here has been a substantial disappointment, is reportedly earning more than $40,000 a week according to Confidential

If they offered him that amount, he would be stupid not to take it.
Click to expand...

timmydownawell said:
So do I. Steve Price is an annoying jerk, but at least he's not a holier-than-thou pompous prick like John Laws.
Click to expand...

.... I think he's been hitting the Valvoline too hard since he made those ads... "Valvoline. You know what I mean. *nudge-nudge,wink-wink*"