Watching Fox News and I can't believe my eyes with these live images.

I think the US might be the last developed country that could successfully reopen its economy without detrimental setbacks in managing the virus. I don't think they're ready for it.

I also think Presidential campaigning and debates are going to be nastier than 2016.

I hope it won't be too nasty.

I did not wish to witness a murder, i have been very careful online to avoid any real life murders during all of the ISIS murders
I did not expect to ever witness a murder during my rather peaceful life

Fuck America
I can never get this out of my head, and it makes me feel ill often

Trump is in fact evil as well as stupid
Well at least this and the virus mean he has lost the election
Losing more voters every day, and one of his big fanbases are now lost
The dooms day preppers and looney tunes....all of his whacko racist voters.....they are more likely to shoot Trump now
His use of troops and the homeguard is exactly what the doom people fear

reepbot said:
I hope it won't be too nasty.
Click to expand...

Was Melania trying to do an Anna Wintour impression? 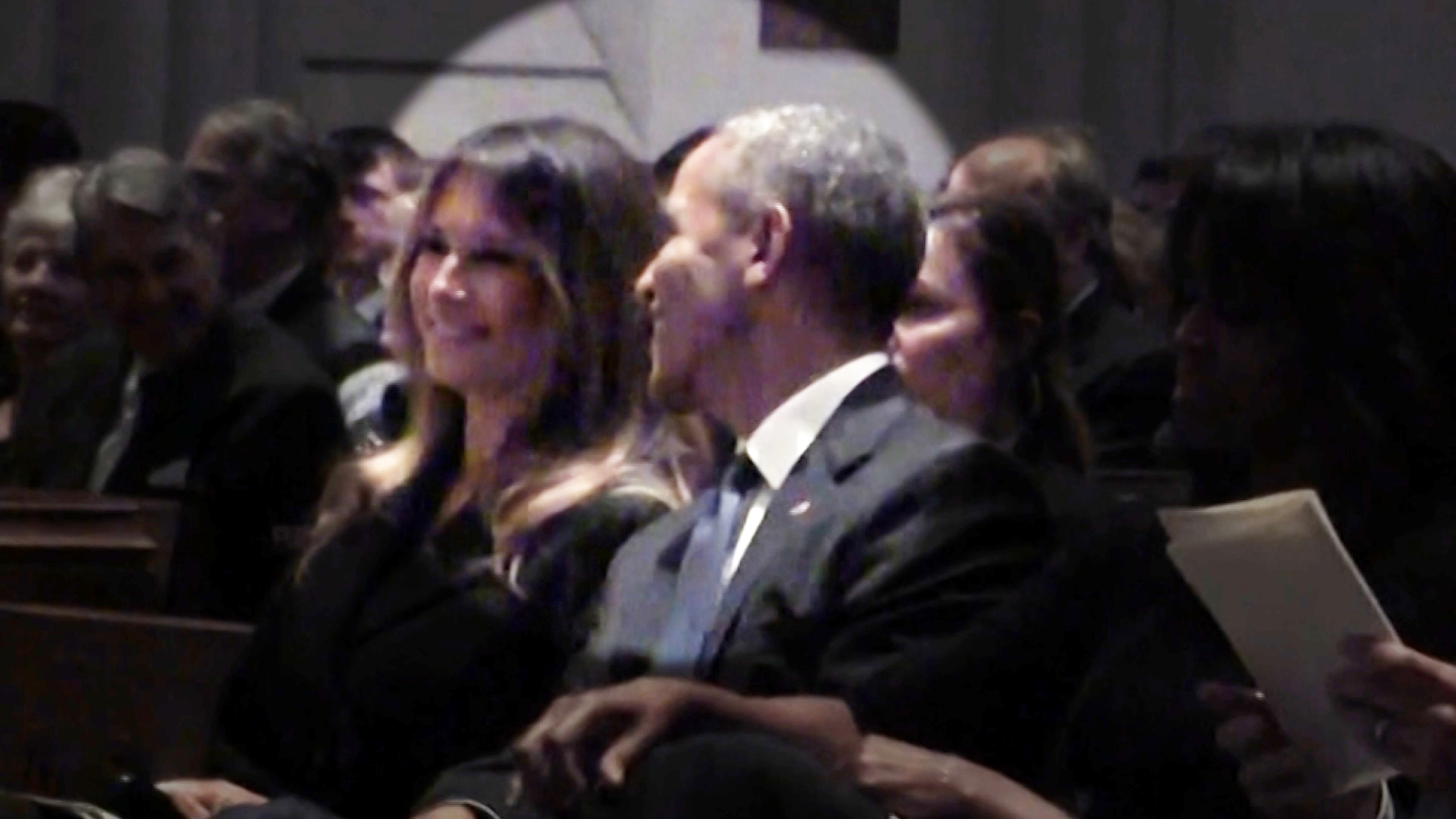 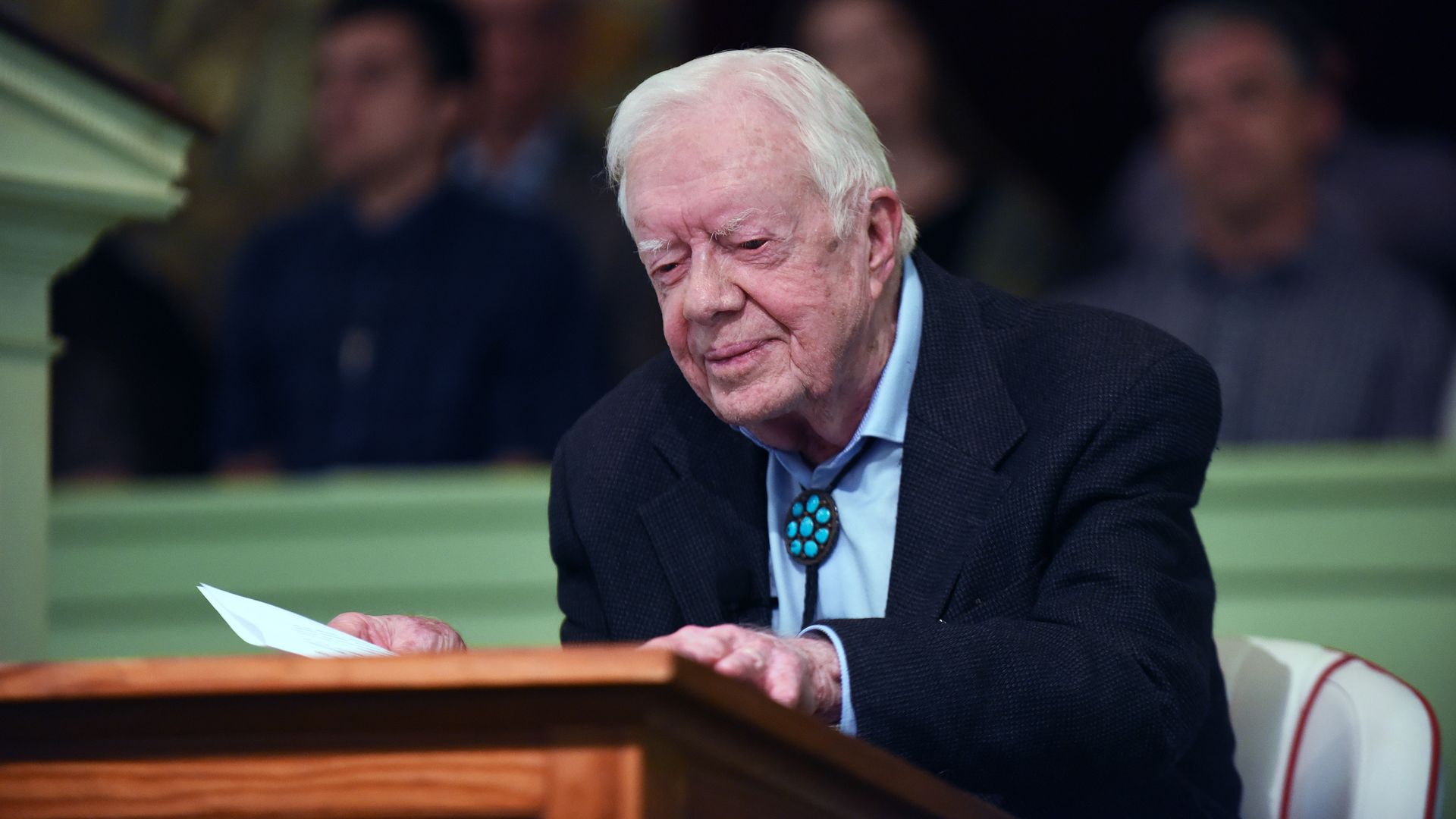 Former President Jimmy Carter on Wednesday released a statement on Wednesday describing himself and his wife as "pained by the tragic racial injustices and consequent backlash across our nation in recent weeks."
Why it matters: All living American presidents have now officially weighed in on the civil unrest rattling the nation.
Of note: Carter did not mention Floyd by name, instead focusing on " the victims’ families and all who feel hopeless in the face of pervasive racial discrimination and outright cruelty."
Carter's full statement:

"Rosalynn and I are pained by the tragic racial injustices and consequent backlash across our nation in recent weeks. Our hearts are with the victims’ families and all who feel hopeless in the face of pervasive racial discrimination and outright cruelty. We all must shine a spotlight on the immorality of racial discrimination. But violence, whether spontaneous or consciously incited, is not a solution.
Click to expand...

"As a white male of the South, I know all too well the impact of segregation and injustice to African Americans. As a politician, I felt a responsibility to bring equity to my state and our country. In my 1974 inaugural address as Georgia’s governor, I said: “The time for racial discrimination is over.” With great sorrow and disappointment, I repeat those words today, nearly five decades later. Dehumanizing people debases us all; humanity is beautifully and almost infinitely diverse. The bonds of our common humanity must overcome the divisiveness of our fears and prejudices.
Click to expand...

"Since leaving the White House in 1981, Rosalynn and I have strived to advance human rights in countries around the world. In this quest, we have seen that silence can be as deadly as violence. People of power, privilege, and moral conscience must stand up and say “no more” to a racially discriminatory police and justice system, immoral economic disparities between whites and blacks, and government actions that undermine our unified democracy. We are responsible for creating a world of peace and equality for ourselves and future generations.
Click to expand...

"We need a government as good as its people, and we are better than this."
Click to expand... 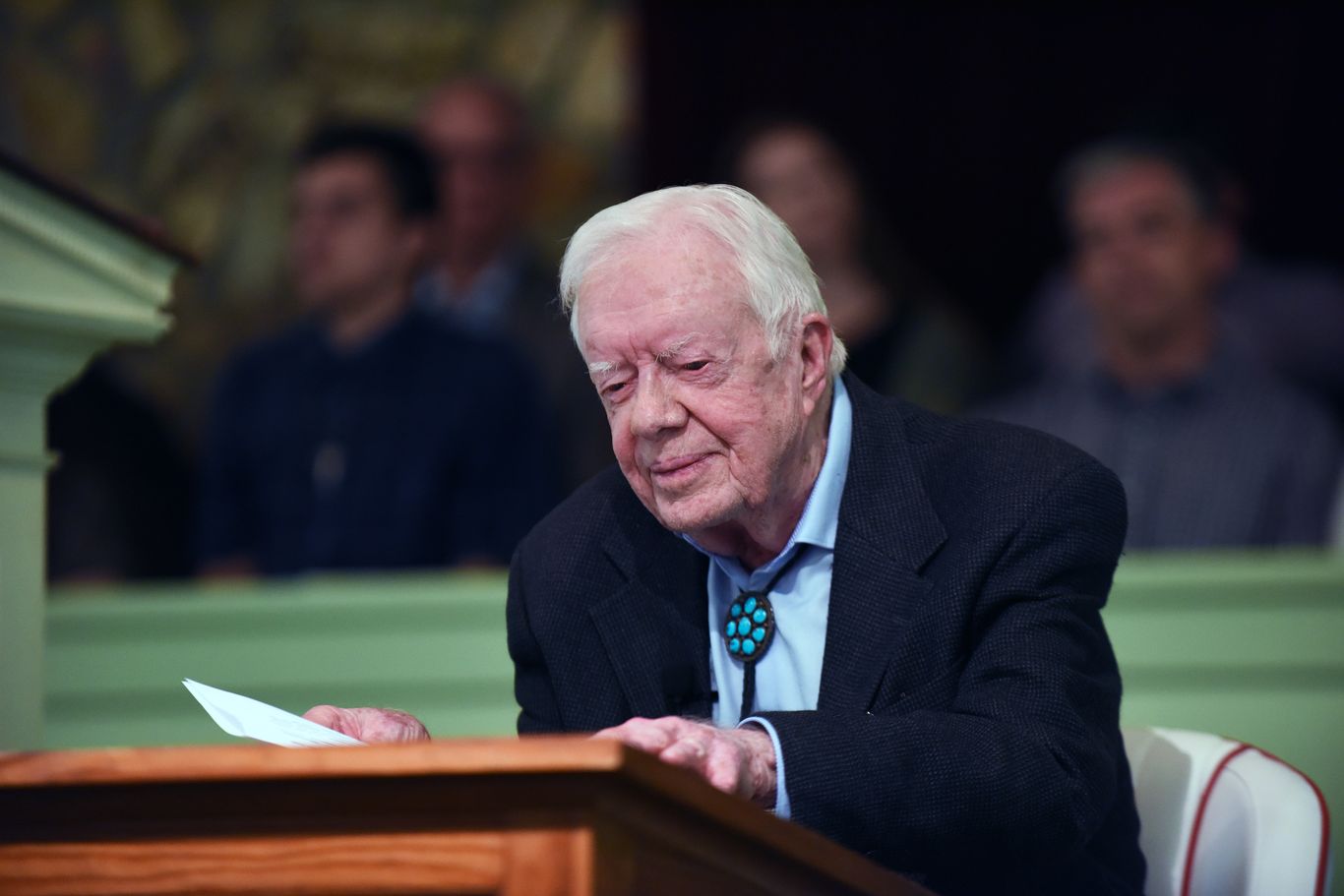 "As a white male of the South, I know all too well the impact of segregation and injustice to African Americans."

Trump enemies could quite easily subvert his campaign
Just grab a few virus infected people, and let them loose at every wanky rally.....and Americans are weird enough to do something like this

She looks utterly traumatized. An evil, insane narcissist will do that to you.

People are saying... he might not even run. He might drop out if he thinks he is going to lose.

I don't know why he'd bother running, even if he was going to win. His administration has been sabotaged from day one. That ain't going to change.