This event, has been fantastic

It is so wonderful to see thousands of families in Fed Square all watching live with doc Karl.
and hundreds, maybe thousands of fabulous geeks are out there, doing awesome stuff.

I am in love with this whole deal,we get to see all the quiet geeks out there, doing great stuff

Some guy who is a mechanic by day, is about to have his discovery published, amateur with his own telescopes. I love these people.

When the world looks like it is tearing itslef apart = by humans, and pain is everywhere, this is so beautiful, peaceful, positive, and immense, stargazing is a wonder (I failed and was frustrated at age 14, just as I developed the need for specs we were sent stargazing and poor sighted me could find nothing but the sthrn cross and the saucepan)
Hey @Mr Stickyfingers have you been watching it all too??? 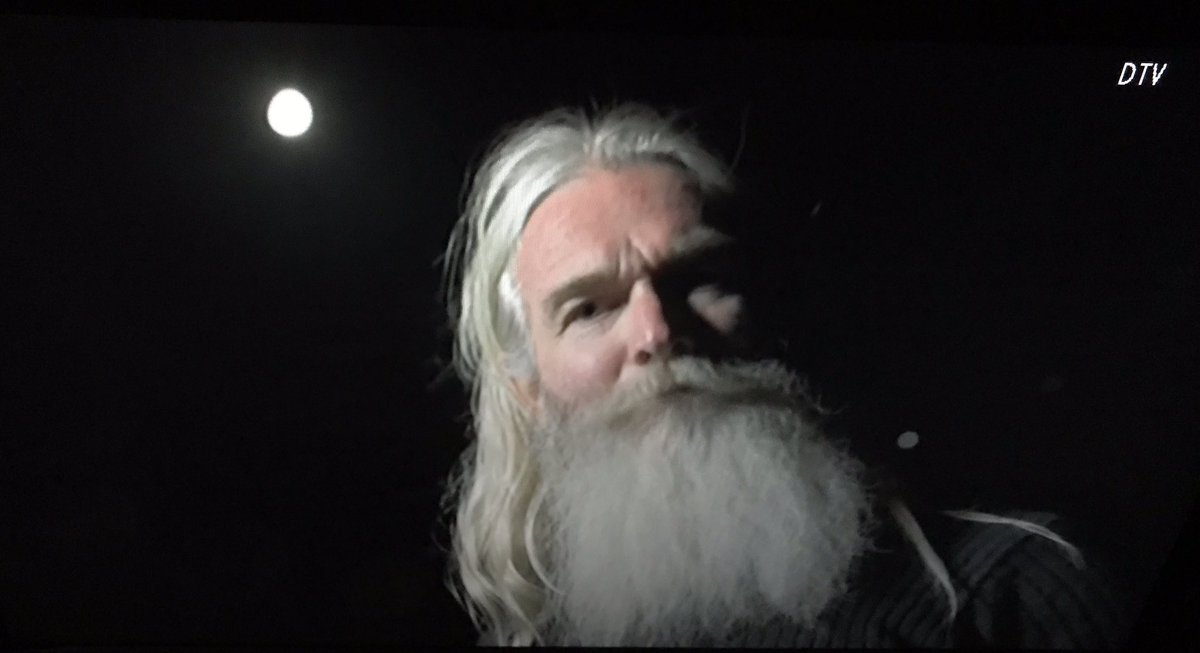 Prof Cox is witty, called them ZZTop does space

Isn't this lovely, and heartening that people love to learn 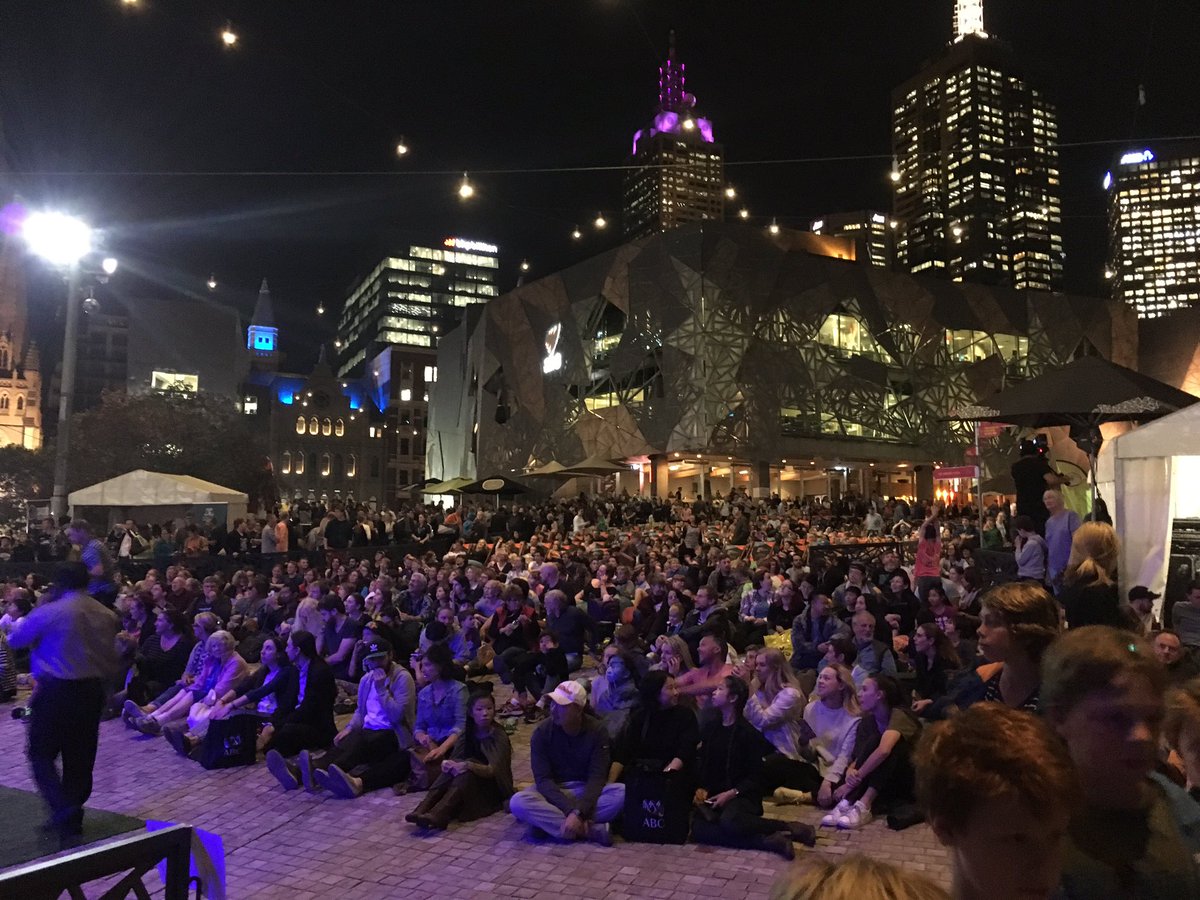 ABC2Verified [email protected]
What should we name the planets?

Awesome site donor
Can they call one Picard?

They had 3 separate intro sections in the first 15 minutes telling us about what they're going to do, rather than actually get on with it. Then they showed a bunch of people freezing their butts off in the dead of night and the wind. We got a few shots of the big telescope and then Gandalf told us about the Southern Cross and a few stars, nothing which any year 6 kid (like I was at one time) couldn't have found out with a bit of a google. Then they rabbited on about the size of the Universe (it's big, and I mean really big. You may think walking down to the shops is a long way but space is even bigger than that...) and basically said "They don't know..."

It was at this point I largely lost interest and went back to surfing facebook... They weren't telling me anything that I didn't already know in some extent. Being a bit of an astro-physics geek means I'm probably a bit more informed than the average Joe though.

Awesome site donor
I don't understand how Australians discovered 90 planets in just three nights, when you cannot actually see any planets outside of our own system, and can only detect them by tiny fluctuations in light from stars.

Can someone explain? Or do I have to watch the show to find out? The premise of the show sounds too boring for words tbh.

Awesome site donor
...I have to say... I loved it!... agreed... it was a tad bit slow in a few parts but this is a 'first time event' to my knowledge and being a 'everything and anything to do with Space' freak I gave it a few leeways that I normally wouldn't... I'm hoping that this first time event leads to more of the same... it can only lead to more knowledge about Science and Space which is a great thing in itself... I frequent many sites on the internet for my thirst for information on Space and Planets and Missions etc... I virtually live on the NASA website lol!... not to mention Space Program websites such as the Russian/Japanese/Chinese and European websites... there!... you have it!... yes... I'm a Space nerd!... lol!... well I for one hope that that this leads to more shows like this... I'll definitely be watching them for sure... by the way... good thread too kxk... cheers.

If that was the show with Julia on it, I was a tad bored for the brief time I watched. The premise is a good one. Learn about the universe etc, see great natural phenomena and revel in the majesty and beauty that is our sky and beyond. Might need some tweaking for future shows.

I liked how it stumbled and fumbled a bit, real and live, it was like watching TV used to be like as a kid, without too much glossy bullshit.

And yes, the first night was the worst one, it got progressively better and better. Planet night was my favourite. And how they explained what happened in that movie The Dish, that was awesome stuff how Aussies saved the day, and they showed us the real old guys.

This is just lovely TV, peaceful, educational, and stunning - with lots of character and characters.

And our pettty shitty world of humans......is so small, we are part of something so enormous and magical, sort of helped me with putting things personal and worldwide in perspective.

Awesome site donor
...hey kxk... take a look at this article... published on this link below...

...this is a direct result from this show over those 3 nights...

An Australian Mechanic Just Discovered 4 New Planets Thanks to a TV Show
Science is for everyone.

But Andrew did have professional help and support. The discovery was a highlight moment of this week's three-evening special ABC Stargazing Live, featuring British physicist Brian Cox, presenter Julia Zemiro and others.

Viewers were encouraged to join in the search for exoplanets – planets orbiting distant stars – using the Exoplanet Explorers website. After a quick tutorial they were then asked to trawl through data on thousands of stars recently observed with NASA's Kepler Space Telescope.

Grey checked out more than 1,000 stars on the website before discovering the characteristic dips in brightness of the star in the data that signify an exoplanet. Together with other co-discoverers, Grey's name will appear on a scientific paper reporting the very significant discovery of a star with four planets, orbiting closer to the star than Mercury is to our Sun.

That is amazing. Definitely my first scientific publication … just glad that I can contribute. It feels very good.

Cox was clearly impressed by the new discovery:

In the seven years I've been making Stargazing Live this is the most significant scientific discovery we've ever made.

So just what does this discovery signify? First, let's be clear: this is no publicity stunt, or a bit of fake news dressed up to make a good story.

This is a real scientific discovery, to be reported in the scientific literature like other discoveries made by astronomers.

It will help us understand the formation of our own Earth. It's also a step towards establishing whether we are alone in the universe, or whether there are other planets populated by other civilisations.

On the other hand, it must be acknowledged that this discovery joins the list of more than 2,300 known exoplanets discovered by Kepler so far. There are thousands more candidate planets to be examined.

If Grey and his colleagues hadn't discovered this new planetary system, then somebody else would have eventually discovered it. But that can be said of all discoveries. The fact remains that this particular discovery was made by Grey and his fellow citizen scientists.

Amateurs and professionals working together

I think that the greatest significance of this discovery is that it heralds a change in the way we do science.

As I said earlier, Grey didn't make this discovery alone. He used data from the Kepler spacecraft with a mission cost of US$600 million.

Although we can build stunning telescopes that produce vast amounts of valuable data, we can't yet build an algorithm that approaches the extraordinary abilities of the human brain to examine that data.

A human brain can detect patterns in the data far more effectively than any machine-learning algorithm yet devised. Because of the large volume of data generated by Kepler and other scientific instruments, we need large teams of human brains – larger than any research lab.

But the brains don't need to be trained astrophysicists, they just need to have the amazing cognitive abilities of the human brain.

This results in a partnership where big science produces data, and citizen scientists inspect the data to help make discoveries. It means that anyone can be involved in cutting-edge science, accelerating the growth of human knowledge.

A gathering of brainpower

This is happening all over science and even the arts, from butterfly hunting to transcribing Shakespeare's handwriting.

None of these projects would be possible without widespread access to the internet, and readily-available tools to build citizen science projects, such as the Zooniverse project.

Will machines ever make citizen scientists redundant? I have argued before that we need to build algorithms called 'machine scientists' to make future discoveries from the vast volumes of data we are generating.

But these algorithms still need to be trained by humans. The larger our human-generated training set, the better our machine scientists will work.

I see the power of citizen scientists continuing to grow. I suspect this is only the start. We can do much more. We can increase the 'fun' of doing citizen science by introducing 'gaming' elements into citizen science programs, or by taking advantage of new technologies such as augmented reality and immersive virtual reality.

Perhaps we can tap into other human qualities such as imagination and creativity to achieve goals that still frustrate machines.

I look forward to the day when a Nobel prize is won by someone in a developing country without access to a traditional university education, but who uses the power of their mind, the wealth of information on the web and the tools of citizen science to transcend the dreams of traditional science....
Ray Norris, Professor, School of Computing, Engineering, & Maths, Western Sydney University

...well it justified putting the show on in the first place didn't it after all kxk?... I so hope that they do this again... I really do... agreed... it was a tad bit boring in some parts but knowledge of Space and exploration is just so fascinating... I'm amazed that it's taken so long for us to be able to share with each other (even if it's only just you and me kxk lol!) the same passion together that we have with everything to do with Space... hmmmm!... that gives me an idea... cheers.