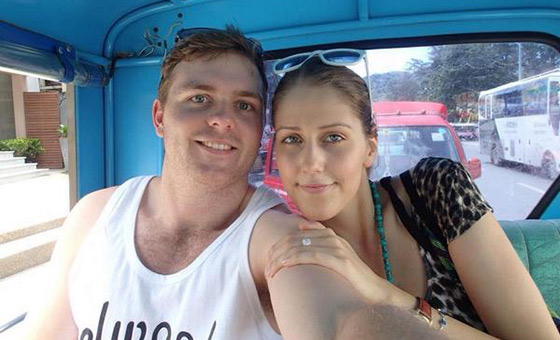 A scuffle has broken out on Twitter between Lawson and ex housemate Ryan Buckingham (2012 season) after Ryan admitted he was the source of the ‘Candice going into the house’ rumour.

Earlier in the season when Lawson and Cat admitted their affair, Ryan Buckingham posted on his private Facebook page an ‘inside tip’ that Lawson’s girlfriend Candice was going into the house to confront her boyfriend. It was then posted on Behind Big Brother and went viral.

Last night Ryan reached out to Lawson over Twitter and explained he was the source of the rumour, saying “hope you didn’t mind my porkie pie”.

Lawson’s response? “was that you who made that rumour? Pretty f….ed”.

2014 housemate Gemma then chimed in, rooting for Lawson to tell off Ryan:

Ryan finally responded saying there was no malice intended:

Ironically none of the housemates involved knew Sonia Kruger had already confirmed that producers were approaching Candice to appear on the show. Candice wasn’t accepting their calls.

It’s not known whether the idea to have Candice enter the house came before or after Ryan’s original porkie pie.