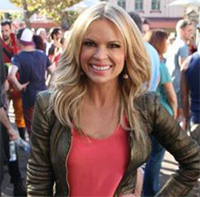 Behind Big Brother supporter CJ has uncovered an internet radio interview he did with Sonia in 2008 where she is described by former Dancing with the Stars colleague Todd McKenney as “Australia’s biggest Big Brother nut”.

When asked about her thoughts over Big Brother coming to an end, Sonia says “I have gotten into a bit of a routine watching the daily show and I like a bit of Friday Night Live with Mike Goldman … but it’s the end of an era.”

When CJ states that Channel Nine is the only network with a genuine interest in reviving the show, Sonia says “I think there might be some truth to that, actually”.

Both personalities were contracted to Channel Seven at the time. The interview was during “CJ Live”, a segment on the our former Behind Big Brother Radio show (here’s a very old archive of it).

Listen to the whole interview here: